This is interesting and will affect about 80,000 members.  Catholic Health Partners is the largest health system in the area with 24 hospitals. 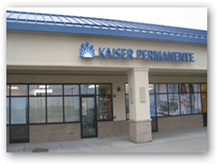 It may take a while to iron out all the provisions, etc.  The Health Plan is expected to be given a new name.  The reason for selling this division appears to be money  as they lost $14 million in the first quarter operating in Ohio and it was nearly $60 million in the red at the end of last year.  Well maybe there will be no more abortions since the Catholic system is buying it too (grin) and nor will they be participating in the Ohio exchange as the insurance business is going with the sale.  BD

Kaiser Permanente has plans to sell its operations in northeastern Ohio, including its insurance unit there and 15 medical offices, subject to signing a definitive deal and gaining regulatory approvals.

The preliminary deal includes Kaiser Foundation Health Plan of Ohio and the roughly 200-doctor Ohio Permanente Medical Group Inc., according to a statement released May 29 by Kaiser Permanente Ohio and Catholic Health Partners, which plans to operate the health plan and medical group practice under a new name.

Catholic Health Partners, based in Cincinnati, is the largest health system in the Buckeye State, with 24 hospitals overall.