Home » Insurance » Medically Related » My Commentaries » Technology » Woman in New Jersey Gets 3 Years in Jail for 500K Of Fraudulent Insurance Claims-Don’t Try This At Home, Health Insurers Only Ones Allowed To Commit Fraud , Not You

Woman in New Jersey Gets 3 Years in Jail for 500K Of Fraudulent Insurance Claims-Don’t Try This At Home, Health Insurers Only Ones Allowed To Commit Fraud , Not You

I read this story and it’s hardly news worthy and I’m not saying I approve of fraud by any means, but look at the dollar amount?  The woman is a registered nurse, so folks wise up, she deal with claims and is on the inside track so if she’s getting caught, well you can think about that one.  In other words the point I’m trying to make here is that even insiders in the healthcare business are not smart enough to fool health insurers algorithms that do fraud prevention.

Seriously when you look at what’s in the news, is the media outside of the Center for Public Integrity 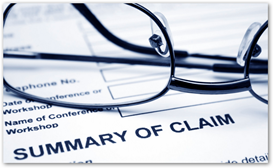 covering the big $70 Billion Dollar Fraud that insurers automated over 5 years against Medicare and give us updates?  Hell no, we have to read about some nurse and 500k of fraud…what does the news media think is news?  Open your eyes here folks and see how the professionals use algorithmic formulas to rip Medicare..that’s the big story and much bigger than what Medicare spends on drugs.  The two links below will bring you up to date in case you missed it.  Kinds of sounds like banks, does it not?

So we have the news that CMS is going to re-run the Medicare Risk Assessment algorithm and keep in mind that Medicare is run by a one time Goldman Sachs banker, Andy Slavitt who was also with Ingenix as their CEO since he originally created the company United bought.   For those who may not remember, Ingenix is the subsidiary company of United Healthcare that the AMA sued in a class action lawsuit and settled with for short paying doctors and patients for 15 years on out of network medical bills.  It’s interesting when you hear Mr. Slavitt talk about it after all the lawsuits filed over “false positives” and their accusations of algorithms “fraud-fraud” if you will years later.

Today we hear that the anti fraud and out of network Ingenix calculators were just something that was there for years, and they kind of felt bad about it but just never got around to fixing it.  How many others today could get away with that explanation?    A while back both Humana and United discussed setting some money aside for the rerun if in fact CMS does run it as I don’t remember in the past CMS ever taking such an aggressive move for a money grab.  They should get the $70 billion or part of it back as we were ripped as taxpayers, but then again, insurers know when Medicare is backed up against the wall with insurers threatening to cut benefits for the Medicare Part D coverage they get away with it, so “fraud is ok when the risk of cutting care to seniors comes up”, been working that way for a while now with playing their “Ace in the Hole” and think about it, works every time when you hear Congress shifting from cutting Medicare D to giving insurers an increase.

The increase is the “legal” money for taking care of costs which is fine as we know healthcare is going up all the time in costs, but again, should insurers be allow to commit fraud and give themselves a $70 billion dollar raise?  I find it interesting to see insurers basically in the same business as Medicare ripping the algos when it comes to wanting more from the government?  Just remember insurers have tons of profiles from their Biz Intel software so from the other side of the coin they have to protect their business from fraud, but again don’t play both sides of the street and do the same thing they are trying to control.

So getting back to this woman in New Jersey, three yeas for 500k?  Seems like that’s a pretty stiff sentence and yes there’s a sentence to be handed out here as fraud is never good, but like I said, “Don’t Try This At Home” as insurers with their anti fraud algorithm models they have collected over the years know how most of them work and program analytical software to look for those patterns and tendencies with people.  Insurers go over the edge and then some to get as much data and information about you as they can “because they can and it’s there”.  They have error bars too in their analytics and watching for false positives is yet another concern too with insurers when suspecting fraud, so data leads you where to look but it doesn’t always mean fraud.  Humans still have to figure that out.  Keep in mind too that all the major insurers run on the S&P 500 index and they are also very active in stock buy backs to enrich their CEOs, so part of what you pay for polices is wrapped up in that too.

One more item here worth a read is the software insurers use at their call centers, be aware as you are “scored” here too on your current state on the phone at the time and there’s tons of behavioral analytic companies that want to dig in a research all of this to layer

even more scoring here and certainly find a large degree of us a probably half insane or are potential targets to defraud them or Medicare (grin).  Insurers are a little over the top with their analytics today and you pay for that too with your policies.

It’s not that this voice analytical software is that great, it does allow for additional scoring and preventing access for you somewhere along the line.  You don’t know when you have been scored and how much the insurer made doing it.  So this registered nurse with a 3 year sentence, hmmmm…what kind of scores did she get?  It’s something to ponder as this is what’s going on out there that further creates more inequality and denies people access today.  Read on below about the millions of algorithms that go ripping around insurer call centers and more.

Anyway I just thought this was a rather “stiff” sentence and didn’t really fit the crime in view of what else is going on out there.  BD

FREEHOLD —A Middletown woman was sentenced to three years in prison for submitting more than $500,000 in fake health insurance claims.

Donna Dzienisewski, 41, was sentenced to the prison term on Friday after admitting she submitted 107 claims to Horizon Blue Cross-Blue Shield of New Jersey for reimbursement of medical procedures even though she only visited the doctor six times and only incurred slightly more than $2,600 in legitimate medical expenses, acting state Attorney General John Hoffman said.

"More than 100 times, Dzienisewski lied to her insurer so that she could enrich herself with well over $100,000 over a two-year span," Hoffman said in a press release. "The egregious and dishonest nature of her crime has rightfully led to a prison term."