There’s a lot of good discussion here with both the history of math and how it relates and works with the real world. 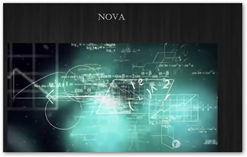 The laws of physics in a game are only mathematical rules created by a programmer says MIT.

To me anyway, this makes a case for data scientists to have a connection with physics as software design can get out of hand, we saw that last year with a fund raising project to where many took on the creator, his numbers were trying to defy physics.

It’s fascinating to see how math is used to solve problems and create answers; however there are limitations in some areas.  Is math a product of the human brain, interesting question that is asked.

The study on Lemurs is interesting as they are trying to compare the brain and math to humans.  This is interesting but again nothing that will impact you other than more incentives giving away credit cards for you to spend more so additional data can be collected about you…

We perceive numbers as humans, probably pre-programmed the video states.  That’s where we run into trouble today with math models that cheat and thus there goes the perception levels and people are lead into areas that are not true.  Boy do we see that in the news.

Error bars, like daily weather is just too complex to predict for more than a week.  Interesting though as the video continues on to spot other areas to where long term models won’t work well, like the behavior of water, the stock market, human psychology and more.  This statement actually says something here too on why government healthcare models won’t work, it’s not effective long term and we have some Algo Duped folks trying to make it work long term and now one by one we are seeing such models from HHS and CMS starting to fail.

Catch the videos over at the Killer Algorithms page for more on how that evolves, as right now we’re on a

no-win path with folks looking for Algo Fairies and Unicorns, they just don’t exist.  This does not mean short term models are bad though either but the longer the model, the greater the error factors.  In another topic, I write about this all the time with the data selling epidemic and sure enough the error bars grow on what is collected and sold about us, hands down.  Again the oddness of this though is getting government and the public to accept this fact so we can move forward and the perceptions sold by the media today are strong and do quite a bit of manipulation and polarization out there, by design sometimes.

Engineers have the elegance of math that meets the messiness of the real world.  They deal in the domain of the approximate, the practical.  The make changes, omit things and rework so things work.  They take shortcuts that approximate an answer.

For engineers, “approximate is close enough” so keep that in mind with the business of healthcare as it’s not like the big data projects of genomics and science to where they need more definition, but the way you get marketed and I head this all the time, they push you to have higher levels of accuracy than needed, and again look at HHS and CMS, they go out of their skulls with some of this.  Recently HHS Secretary Burwell came out with yet another “huge numbers push” and again time to think about “being close enough” here as in time as this keeps building she will drive everyone out of their minds as people don’t work that way, but she’s been Algo Duped, the Sebelius Syndrome lives on.  There’s many afflicted with this belief as well and you see it all the time with Congress, Mary Jo White at the SEC (markets are not rigged) and so on.  Most people that have written code are substantially aware of this and self included, we can’t fathom the beliefs we hear but remember the press is there pushing this perception as well so it’s all around you.

So remember when you sit down in from of your medical records system, think about how engineers struggle to make things “simple enough” and how they trade precision for practicality.  Close enough was good enough to get the US to Mars.

So you precision folks when it comes to the “business” of healthcare, give this some thought as we will get better but there will never be the levels of precision that the White House, HHS, CMS and more want you to believe exists as again they do have a level of duping taking place and often that all comes back to making money and further scoring US citizens out of opportunities that used to exist.  That is where math is used by those to control and make money, but that being said, this vide gives you a pretty good understanding on how things work all the way around, great video!  BD