Home » Insurance » Medically Related » Other Items of Interest » Aetna Ends Up Buying Humana for $37 Billion-More Medicare Advantage Plans Under One Roof, Stock Buy Backs And the Never Ending Puzzle of Healthcare Profits by the Algorithm….

Aetna Ends Up Buying Humana for $37 Billion-More Medicare Advantage Plans Under One Roof, Stock Buy Backs And the Never Ending Puzzle of Healthcare Profits by the Algorithm….

So we are all watching to see how insurance merger mania goes and here’s the next after Centene bought Health Net a couple days ago.  In the Medicare Advantage market Aetna is the distant third behind United and Humana so with purchasing the #2 Medicare Advantage insurer this moves Aetna into the #2 spot.  According to what has been published so far, there won’t be any changes yet as far as operations and

Humana will operate as they have.  We know down the road this will change but for now it seems to be like a subsidiary.  United has been clawing up the back side of Humana on contracts as well with pricing themselves cheaper.

Humana Loses Major Contract in Wisconsin to the “Too Big To Fail Insurer, United”

What we all wonder about though is the CMS payback that Medicare has said they want back, around $70 Billion in fraud that insurers bilked the agency for by using risk fiddling formulas.  I assume this might be one of the reasons that consolidation of company functions might be down the road a bit.  This move takes Humana out of the vulnerable spot light at least for now as Aetna owns the insurance licenses the company has.  Earlier I had written about the value of the licenses with health insurers and the Medicare proposed collection of the Medicare fraud money.

With Humana Up For Sale, What’s the Impact of the Medicare Risk Assessment Re-Run for Said Medicare Fraud? It’s a Big Potential Monetary Exposure For Humana and Other Insurers…

as well as with United we have a lot of Secret Scoring of Doctors going on here.  It’s actually gone on in California for a while as I have had conversations with doctors who have been dropped by Aetna and actually a couple of them said “what a relief” to not have to be bound to all those performance algorithms as usually one really sick patient puts them out of the “algorithm” quality game anyway and there’s nothing they can do when such occurs.  So that’s a little bit about how doctors get fired, one sick patient and they can’t fiddle the numbers enough to Aetna’s satisfaction, they’re out as well as the big mess of red tape the doctors have to deal with to be in network.  United does the same thing and has fired quite a few doctors in California.  Both Aetna and United both bailed out of the individual policy programs in California last year and probably for good reason as the networks were so limited, it was very hard to find doctors within those networks.

Humana still hold the south Tri-Care Contract and I think that comes up for bid again either later this year or next year as they run for 5 years so Aetna will get that with the purchase as well.  When the contracts for Tri-Care come up, well who’s going to be left to bid could be an interesting question.  Both insurers also have some healthy stock buy back programs going as well and you pay for those with your premiums.

The board of directors directors will include 4 from Humana and will grow in size as well.  These are very complicated mergers as well.  Insurers have just absolutely buried themselves with data complexities, some of which is pretty useless but they have to decide what to do with their masses of burial grounds of data that basically do nothing today and of course the insured pay for all of that.

In addition you have the data selling subsidiaries of Humana and Aetna to consider as well and their work with pharma companies to analyze and market consumers.  You can’t always believe 100% that insurers are just getting stuck on high drug prices to pay, they work and sell data together as well.  We all grew real tired too of all the failed Aetna apps that they thought would just jump out there and change people’s behaviors to what “they” want for profit too:)

Humana has also fiddled around a little in the EMR business offering discounts to doctors who buy Greenway systems.

Humana also made the news with possible trading violations as well.

of interest loophole kept them from having to pay doctors for the 15 years of Ingenix (United Healthcare) bad algorithm use to gain bigger profits.  Here’s the original settlement that was announced and Aetna never paid at the links below.  In addition, remember who’s running Medicare today?  It’s the former CEO of Ingenix, Andy Slavitt who created all these algorithms and formulas that allowed insurers to collect unprecedented amounts of money that was flawed but yielded bigger profits for insurers.  Interesting as Aetna never paid this but took a write off for it.  Couple back links below on the history of this.

Humana also owns some doctors groups like this one they bought a few years ago.  United Healthcare is the king of that though as they own tons of doctors groups under the “Optum” subsidiary.  That gets real interesting too as in some areas you have Optum managing Humana insurance plans, so a subsidiary and a large one of United manages other insurance plans.  So there’s more than just insurance groups in this buyout for sure, so don’t lose sight of that with subsidiaries where all the action takes place half the time.

There were also all kinds of interesting marketing plans that have taken place over the years too, look at this one for example.

Aetna has had their news worthy issues as well…this first one is kind of a big one.

When United has fired doctors, in some areas Aetna has come in and picked them up.  Think there’s any chance

of getting a somewhat accurate listing of doctors out there any more with insurers?  Good luck as those in Congress and otherwise like us are just frustrated to no end and as long as most of areas of insurance are run by cost algorithms rather than a care focus, this problem will not go away but rather get worse with trying to figure out who’s in network any more.  Again you just have to laugh at these so called “experts” with no data mechanics logic demanding that insurers do a better job with listing doctors in networks as the insurers themselves are victims of their own complexities they built and the “experts” seem to be too dumb to see it and keep demanding change.  Those experts are looking for some Algo Fairies indeed, what I call frequently refer to as the “Sebelius Syndrome”.

Aren’t These Health Insurance Contracts a Bitch!Aetna Suing City of Jacksonville Over Decision to Award Contract to Florida Blue- Battle of the Algorithms

When it comes to medical operating loss, one might wonder if Aetna will let Humana in on their Cayman Islands re-insurance program too.  Read that one if you want to see some real complexities and questionable backers, bonds in the Caymans.  I know just what you want to read about when all you want to do is get a little healthcare but this is the world the US government allowed to grow to where we have to finance stock buy backs with premium payments as well in order to just go to the doctor or hospital.

Ok so what’s next?  I’ve said a few times that Aetna is a mini United as they have seemed to emulate of what United has done with healthcare by the algorithms.  When you write about this stuff for years, patterns are pretty easy to spot.  So the big 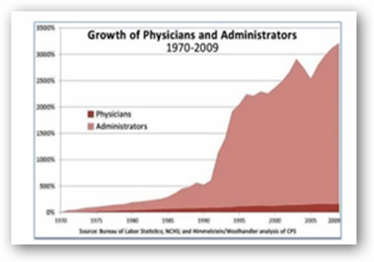 question now is United I suppose with coming in as a bigger fish here and again the question of why is a former United Healthcare Executive and one time Goldman Sachs banker running Medicare?  There’s way too much power in that spot with even just timing the $70 billion dollar fraud money back program.

When you think of it that way, these Medicare Advantage insurers have a lot to loose there with some revenue, so with this fraud cloud of $70 billion hanging there, why are these companies so over valued at times?  Good question to think about maybe.  Here’s the future sadly with pushing more expense to the insured individual and less coverage and Handy Andy (Andy Slavitt, head of Medicare) who did that for years with under paying doctors with Ingenix is in the driver’s seat to do that at Medicare.  It is what he did for years and was sued all over the place for it with cheating algorithms of Ingenix, so bad to the point they had to change the name to Optum Insights as way too many were bit by the false positives those algorithms created.   BD

The deal is the first in an expected wave of consolidation across the sector as health insurance companies look for ways to bulk up and reduce costs to stay competitive in the post-Obamacare world. It will transform Aetna, which has traditionally focused on employers’ health care plans rather than individuals’.

Aetna has had to pay a relatively steep premium to get its hands on Humana: the offer is nearly 30% above where Humana’s shares were trading in May, before news of a possible sale leaked. The prize is a base of 3.2 million Medicare Advantage-enrolled customers that will more than triple its existing Medicare membership.