Here we go again, more leveraging and the healthcare we get depends on the financials of such.  Everyone thought the huge Walgreens Bond Sale last year of $8 billion was big, but this over shadows that sale of debt, and of course that’s what this is of course.  In addition, in case you missed it, look at the newly formed subsidiary that raised 36 million from “secret” investors.  We don’t know who the players are there at all.

Also with the Catamaran purchase came a class action lawsuit filed by independent pharmacies.  I can understand that as it’s become a war for everyone’s data and the independents are being squeezed out.  I talked to someone the other day who has friends who work for Catamaran and he said some of the folks are there bracing for layoffs with this deal. 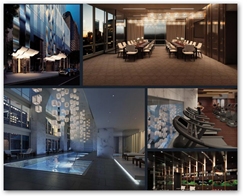 So if Cigna and Anthem merge, will Cigna stay with Optum RX/Catamaran?  That could be a good question.  Have you heard about United biggest single shareholder of late with United?  He’s from Brazil and United owns 90% of his big HMO business there.  Edson Bueno used a an LLC shell company to buy this very expensive condo in New York at One57.

“The tycoon sold a 90 percent stake in his insurance and hospital company to UnitedHealth for $4.9 billion in 2012. Bueno is not the first Brazilian to spend big bucks on New York City real estate.”  Pictures to the right….

Well this part of what your premiums fund is is not?  So how goes the stock buy backs and dividends now?  Got to have money to pay for those too:)  How leveraged will they get?  BD

The Minnetonka, Minn.-based health insurance and services company issued $10.5 billion of debt, nearly all of which will cover the cost of buying Catamaran, a pharmacy benefits manager based in Schaumburg, Ill. UnitedHealth said in March it was acquiring Catamaran for $12.8 billion.
Moody's Investors Service gave an A3 rating to the debt offering. Fitch Ratings and Standard & Poor's also issued investment-grade ratings to the bonds.

The transaction is set to close by the end of this month, UnitedHealth executives said last week during the second-quarter earnings call. UnitedHealth's debt-to-capital ratio increases to 48% with the bond offering, roughly 10 to 20 percentage points above the industry's norm. It plans on reducing that total to 42% by the end of 2016, according to Moody's.