Medicaid reimbursement is right in there as well but this is happening all across the US and has been for a few years now as the contracts dwindle down.  Pharmacies are not the only business affected by this sweep of contracts with volume demanding lower prices, other industries are facing the same thing.  In Texas we have a lawsuit filed as the new contracts going into effect didn’t even allow the smaller pharmacies to look at and review the new reimbursement 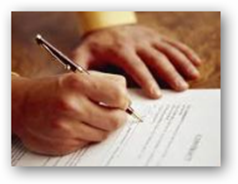 schedules at all with changing to billing HMOs instead of billing the state directly and this was included as Chapter 18 of the Killer Algorithms in my series, in other words contracts call for new formulas and sources of reimbursement and the pharmacies have no clue or can’t even research ahead of time to see what cuts they will take.

When you look at the revenues brought in by some of the big chains, with CVS being one example of having sales of nearly $100 billion in 2009…that’s a huge number.  With fully automated business systems that collect data there’s also a huge amount of income that the big chain pharmacies add to their bottom line with selling our data too.

“As a measure of the information's value, the suit cites Walgreen's 2010 annual filing with the Securities and Exchange Commission, which lists "purchased prescription files" as intangible assets worth $749 million.”

So when you compare a small independent pharmacy to the millions the big chains make selling data, how do they compete?  The big corporate rolling pin rolls right over them and again they are not having time to even evaluate new contracts in some areas ahead of time to calculate projected income.

Here are 2 companies that sell prescription data and profiling information and there’s more.  The data with additional sources and additional data trails is also getting a lot richer in content too as we now have devices such as the pill bottle that is wireless and so again there could be more data for sale.  Ingenix is now part of the United Healthcare Optum group which is shown below.  They have made millions of dollars over the years selling data.

Did some of this information wake you up?  I hope it did as when you look at big businesses making huge profits selling data and making billions it’s time to tax and license it.  Small to medium size businesses can’t exist and compete with an economy that is not in balance with enough tangibles and intangibles.  This is what we have in the US, banks, companies, etc. making billions selling data so you sometimes wonder is filling a prescription for the big chain pharmacies a side business to capture for sale?

When you think about it there’s not much over head and the servers run 24/7, mining an selling and filling a prescription fills up the servers with information about you and I for sales.  We need to license and tax all big conglomerates as they get free taxpayer information, sell us and make money and we don’t get much as consumers except the opportunity to spend hours fixing their data when they get it wrong, have errors and when it is flawed.  Killer algorithms Chapter 17 below outlines a rough plan to do this…

If that isn’t enough for you, the pharmacy benefit managers and the drug chains themselves are fighting among themselves with the outcome being less access for consumers, example below with Express Scripts and Walgreens. 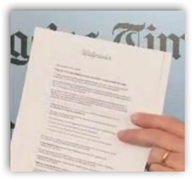 Express Scripts is also in the analytics business using Ingenix analytics (a wholly owned subsidiary of United Healthcare) to figure out who will not be taking their medications.  The predictive initiatives are one part of a far broader category of programs by insurers and pharmacy-benefit managers and this is “data for sale” with such analytics.

This is what’s happening to small and medium size pharmacies and other businesses in the US, they are being squeezed out and again I come back to the “Attack of the Killer Algorithms” and the fact that we have an economy that is way too dependent on “selling data for profit” and the tangibles business in the US suffer.

You can read a digest below on several other examples on how this is occurring and the billions that are made with little over head with a bunch of mining algorithms that take and then formulate the information for sale.  This is why we need to license and tax this business, not only for prescriptions and pharmacies but for all businesses selling data, as it’s only fair to have banks, corporations pay a fair share of tax on the billions they make off the backs of taxpayers, and again they get most of this information for free.

We also need disclosure on a federal site to where consumers can see what information they sell and to who as the privacy statements written by crafty attorneys are getting more difficult to interpret every day and do little for the consumer other than to confuse and enable them to mine and sell more data out of totally confusing today’s consumer.  In addition the return of a consumer or patient being given the opportunity to say yes or not as far as sharing data needs to be reinstated to protect all of us.  Here’s a great example of digital illiteracy when it comes to making laws as we have a Congress that can’t even use a tool or recognize that it is a tool used for gathering information and data.  It certainly dives down further any consumer confidence with lawmaker who can’t even keep up with getting big data sources to provide them proper intelligence to make laws to deal with the data selling business either.

I find the levels of distraction and I’ll use the Rush Limbaugh case as a big one with it being all over the news.  Corporate USA has to love this as it keeps the eyes off of what is working in the background for profiteering.  Keep the public emotionally stirred and it’s business as usual with the Killer Algorithms that hurt consumers and small businesses.

I read a lot of them and I have issues and I read them all the time, so where does this leave the average consumer?  Until some act of balancing and moving money in this area takes place, consumers and small and medium size businesses will continue to suffer, as the “Attack of the Killer Algorithms” are in fact removing the ability to conduct fair trade in the US.  BD

PHARR — A low reimbursement rate for Medicaid patients is crippling independent pharmacies in the Rio Grande Valley to the point that most will go out of business, state Sen. Juan “Chuy” Hinojosa said Wednesday while standing inside a small drugstore that closed its doors last week.

About a dozen Valley pharmacies went out of business since the Health and Human Services Commission placed 400,000-plus Medicaid beneficiaries into its managed care program March 1 in an effort to more efficiently deliver health care to the poor and to those with disabilities. But Hinojosa, D-McAllen, said the “profit-driven” companies that are now managing Medicaid dramatically cut reimbursement rates for small, independent pharmacies while paying a higher fee to the chains.

At Sam Houston Pharmacy, about one-third of the 200 prescriptions filled daily were for Medicaid beneficiaries, said Daniel Yarritu, a pharmacy co-owner who decided to shut the 15-year-old business down last week when he saw the lower reimbursement rates.

“You fill a prescription and, in some cases, you’re losing money,” he said. “Their formula is flawed.”