Home » My Commentaries » Other Items of Interest » Technology » Not To Be Left Out of the $180 Billion Dollar A Year Personal Data Selling Business, Twitter Jumps In to Sell More Tweets

Not To Be Left Out of the $180 Billion Dollar A Year Personal Data Selling Business, Twitter Jumps In to Sell More Tweets

I don’t worry about Twitter as much as I do the other social networks as you have to say it in 140 characters and include a link if you want and it’s more my news feed than a social network, but it does do both.  I have made some great connections on Twitter as well, as most of the time, if they haven’t been replaced by a bot, there’s a human on the other side and you should be darn sure you have something of interest to share.  Anyway that’s my take on Twitter as it’s the only social network that gives me time, while the rest of them “take” my time.

Now back on target here the folks mostly afflicted with “Stat Rat Fever” think there’s some huge virtual value in some of the chatter that goes on with Twitter and I guess the fools are going to pay money to have new stats and analytics that may or may not have value in the real world.  We all know everyone thinks every stick of data in the virtual worlds has value so we have a lot of dupers mixed in.  Sure I can see how academia and police departments can come up with some simple analytics with hints as to where to put more police as one example and what’s trending to see what people are talking about and what they care about as we have that now, just not in extreme “Stat Rat Fever” formats. 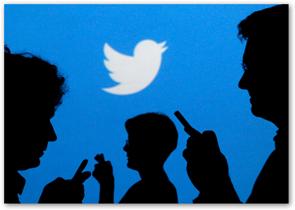 You do have to watch health insurers and the context they use with data that they sell and collect at they are notorious for putting the wrong spin on some of it if those “risk fiddling” algo influencers make money.  It’s the same old thing, toss numbers at consumers and you’ll get a sale, especially today as people are so confused on what’s a virtual world value and what’s a real world value.  Both have their place but too many forger that the “real world” should rise about any virtual values you read about.  I can’t fry a Facebook “like” in a skillet and eat it for breakfast to be totally blunt on that topic”, but look at all the nonsense we read about such.

Remember the Tweet that killed a stock…well more of that on the way perhaps too as bots only add the focus and impact as programmed by humans when you look at Twitter data.  In the meantime, I think Twitter really wants to figure out how to make some money off their data, just like everyone else is doing and the credit card companies are the king of it.  Don’t think so?  Read the link below and see how you will be “had” one more way for the credit cards to collect and sell more data about you.  Sad thing is that this hurt journalism and the quality we get reported as they move over to that awful bot run Facebook type of a model.

As was mentioned, data selling is not a huge part of how Twitter makes money so are they trying to increase that?  We need to license and index all data sellers as this leads to more breaches, repackaging and selling your data and no way for consumers to go fix the flawed stuff that gets out there about us.  Help out with the campaign if you would.  I started it 3 years ago and a lot of deaf Congressional ears, however the FTC is listening, while the White House is still living too virtual and giving us more “selfies” to view.  Again some of what Twitter data miners uncover could be interesting but darn it’s not a Fort Knox of data, so don’t be a duper.

FTC Says the White House Privacy Bill of Rights Pretty Much Sucks-White House Can’t Model For One, And Leaves Data Selling Companies In Complete Control-Time to Index and License…

Above all with all the personal data selling I do keep one thought up front with the value of this data “People just still like to lie their ass off”…so there:)  BD

In Twitter data strategy chief Chris Moody’s vision of the future, companies surprising their customers like this could become an everyday occurrence – made possible because Twitter is listening.

Computer systems are already aggregating trillions of tweets from the microblogging site, sorting and sifting through countless conversations, following the banter and blustering, ideas and opinions of its 288 million users in search of commercial opportunities.

It is not only commercial interests that are mining the data. Academics are using it to gauge the mood in a football crowd, and trying to shed light on whether Premier League players such as Manchester United’s Radamel Falcao are overpaid – with a team of researchers from Reading, Dundee and Cambridge universities testing whether top-flight footballers’ salaries are related purely to performance on the pitch or can be boosted by popularity on social media.

Selling data is as yet a small part of Twitter’s overall income – $70m out of a total of $1.3bn last year, with the lion’s share of cash coming from advertising, but the social network has big plans to increase that. Its acquisition of Chris Moody’s analytics company Gnip for $130m last April is a sign of that intent.

Google and Facebook have built their businesses around sharing data, but their control of our private and public information has become a source of huge controversy.

An insurance company that knows your home cover is about to expire might then use Twitter to send a direct advertisement, for example. It also resells data for other social networks, including photo-sharing site Tumblr and local directory Foursquare.

Wednesday, March 18, 2015
My Commentaries , Other Items of Interest , Technology