If you read my blog often enough then you know I am the accidental privacy advocate around here.  I have had my own issues and the last one was a company that was obviously off shore calling me on the phone about a clinical trial.  Now I know the blind calls where they are fishing 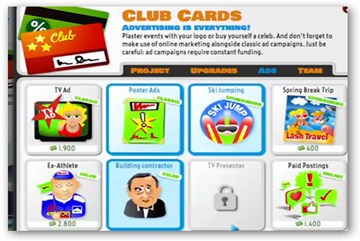 but this caller had my name and information and records they said that showed I took blood thinners and there’s nothing farther from the truth.  This is another issue with data selling, the flawed data and sloppy data work that takes place when your information is repackaged.  It happens all the time.

Granted the data brokers are a huge issue and good they are addressing this but it leaves out a lot of the other data sellers that exist out there too, so now what?  We put one band aid on one group and let the rest ride?  That’s about what I can make out of reading this article here.  We need to index and license all data sellers and this article proves it all the way around as there’s only a portion of the problem being addressed.  I made another post related to “repackaging” our data relative to the Anthem breach.  All the hackers need is some basic SQL skills and your data is sold off in a new data base with no records of where it came from and there’s websites now opening up to barter and sell data.  Read this link below for more on that.  With 80 million files they could spoof and create legit looking data for sale that was stolen.  Anyway, this law will do nothing in that area at all.

Who are all the data sellers?  We don’t know and why having a licensing and indexing law would really help.  ABC company may not be a data broker and they might sell tons of your data.  What about United Healthcare?  They sells tons of our data and have for years, usually under one of their subsidiaries of which they have armies of.  As a matter of fact, that’s how health insurers work it with subs so you don’t see or recognize those activities that take place there.

Three years ago I started talking about licensing data sellers and have tons of blog posts on that topic.  Nobody listens and so the data selling business is continuing to be sending out flawed information which we can’t find the origins to fix and have no way of tracking it, so as a consumer you are screwed and have to explain and live with the flaws they make.  By the way, you do the fixing on your own dime while they make millions.

Here’s the campaign that has more links and videos that explain this awful epidemic that hurts all of us.

The data selling business, which is a for profit epidemic in the US is worth about $180 billion a year and growing.  All the lawyers who have worked on privacy over the years have failed as their perceptions of the business being able to self regulate are wrong.  We go back again and visit

the Sebelius Syndrome again with whacked out perceptions and people doing laws that do not understand data mechanics and thus we get laws that do little.

Shoot I even have the Anonymous folks telling me how the new hackers today are math experts and do all the work that data scientists do all the time.  Mathematicians and Quants repeat me on Twitter all the time about indexing too as this is data base 101 and again the perceptions of the lawyers here is why nothing have moved on this very quickly as they don’t get it.  When you have worked with data bases first hand, and I have in the past with legit business contracts, it’s not hard to see how the “jerks” would do their end of the business to make money.  You just put on a temporary jerk hat and think about some data mechanics and the answers are right in front of you, like thinking like an under cover cop in a way if you will.

Best I can figure is that we still all want to be “data dumb” and try to control some of this with legal verbiage only.  That doesn’t work as 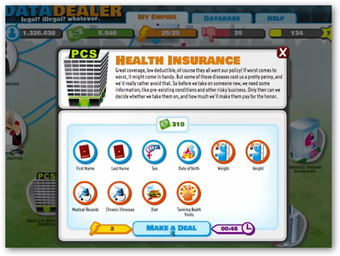 all you have to do is look at banks and Wall Street and high frequency traders for that matter.  Their brains are their tools and they know how do a dupe and make you feel your verbiage is ok, while at the same time the back end runs algorithms up the ying yang and the folks with the flawed perceptions think they really did something..well not really, they were just algo duped.

These are the folks that stick with verbiage only and forget there’s code that needs to go along with their laws to make things work. Remember Healthcare.Gov?  It’s still not finished.  Want to repeal Obamacare?  Bring in some good coders ok, no matter which way things go (lol), this is the reality folks.  The short order computer code kitchen burned down years ago all of this takes time.

After you read about Argus at the link below, here’s another outfit like them called E-scoring who does the same stuff and skirts out from under federal laws in how they classify their business.  This law would not touch these folks at all and the credit car folks like MasterCard and Visa are on a roll to sell your transactions where ever they find a buyer.  At the Argus link below, look at the Consumer Financial Protection Bureau, doing the same thing buying up our personal data so they would need to be licensed too.  Richard Cordray as I have said many times is so slow with no data mechanics logic and is pretty much just a “low hanging fruit” guy.

I have had a couple conversations with the World Privacy Forum and they too think licensing is a good place to start as again, who are all the data sellers?  We need to know so we can go back and get the flawed data they sell about us fixed.  Right now on some of the repackaging, we’re screwed as we can’t find the origin and even if we do, we may have been sold a half a dozen times since then and there’s no connection to get to all of them, so when you least expect it, the flawed data you thought you had fixed, well it pops up again!

Here’s my fund raiser campaign where I have been writing to various members of Congress and to the FTC for about 3 years now and am just trying to get a little compensation of sorts for my time as well as support as nobody else seems to get the full impact and the big picture here.  I sure wish Congress would fund the Office of Technology Assessment so they would have an agency tool to help them instead of being in the technological dark all the time and missing half the story.  It would really help a lot I think.   Watch this video of the Game “Data Dealer” and you’ll see how limited this Senate bill really is and how much they miss of the big picture.

So once again, where’s the licensing here?  Like all other bills it will more than likely fail as it’s only verbiage again and not addressing the very smart folks who do the data work and the lobbyists who make money from selling data will be right there to make sure most if not all of it fails.  Again, how can you even think about regulating without knowing who the players are?  Do we expect stock brokers to self regulate, of course not and they couldn’t if they tried as they are very math model savvy and just look at high frequency traders on how the code hose the SEC and more.

Without data base rules 101 with identifying who the sellers are and what kind of data they sell, look for yet one more sinker here and a lot of wasted time once again as we have seen this so many times at both state and federal levels.  In addition we do not have enough trained people who know how to work with flawed data and they frigging believe everything on that computer screen put in front of them and often add the wrong type of context to their findings as well, so bottom line, you’re screwed again.   BD

Four U.S. senators have resurrected legislation that would allow consumers to see and correct personal information held by data brokers and tell those businesses to stop sharing or selling it for marketing purposes.

The Data Broker Accountability and Transparency Act, introduced by four Democratic senators Thursday, also would require the U.S. Federal Trade Commission to craft rules for a centralized website for consumers to view a list of data brokers covered by the bill.

Data brokers collect personal information about consumers, often without their knowledge, and resell it to other businesses.

The bill is needed because data brokers are a “shadow industry of surreptitious data collection that has amassed covert dossiers on hundreds of millions of Americans,” Senator Edward Markey of Massachusetts, a co-sponsor of the bill, said in a statement. “Data brokers seem to believe that there is no such thing as privacy.”

Thursday, March 05, 2015
My Commentaries , Other Items of Interest , Technology