Home » My Commentaries » Other Items of Interest » Technology » Radio Shack in Their Bankruptcy Case Says “Screw Your Privacy Consumers” We Need the Money to Pay Debtors, We’re Putting All Your Customer Data We Have On File Up For Bid..

Radio Shack in Their Bankruptcy Case Says “Screw Your Privacy Consumers” We Need the Money to Pay Debtors, We’re Putting All Your Customer Data We Have On File Up For Bid..

We all know how bankruptcy goes and how the courts over look and distribute money to pay off the debtors and look here, data selling takes on yet one more face,  so all the loyal customers are about to get screwed in the end so they can pay their debtors.  You can’t 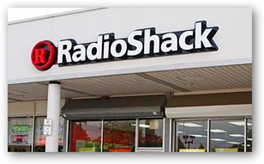 make this stuff up.  Oh but there’s good news, the debtors swear up and down they won’t repackage and sell you again..right!  I have a couple bridges I could sell on that one.  Repackaging data is a big deal and you can end up with counterfeit data, just like counterfeit drugs float around in the system.  This is especially the case with the Anthem breach as hackers are getting smarter and know they can use some minor SQL skills and repackage all the data and sell it, with no mention that it came from Anthem and make a lot of money.  You can read more at the link below and so far the only ones who have a real interest seem to be the security folks while the general public continues to sleep on their laurels.

Now even AT&T is hacked off over this as they say all the data Radio Shack intends to sell is not even theirs…oh boy.  A couple of years ago I called this syndrome a Data Selling Epidemic and still few listen but wise up as it’s out there and the personal data selling business is worth about $180 billion a year so everyone who had one stick of data about you is trying figure out how to make money selling it, or scoring you to even make more money with the data.

See this little campaign on the right hand side of this site?  Read and go there and if you can donate to the cause as privacy will efforts will fail if we don’t have an index on who all the the data sellers are, as how do you go fix the flawed data reported about you when you have been repackat3e and resold?  You can’t and I’m stuck on a list of people who use blood thinners and it’s totally erroneous as I have never been prescribed any, nor taken any in my life.  It’s the result of sloppy data work and they don’t care as bad data gets the same price as good data.

Ok so when does the next hospital that goes bankrupt say “screw you patients and HIPAA, we need the money to pay our debtors (grin).

With Radio Shack, the greedy debtors also want all your personal identifying information (PII) data too and there’s been a few challenges there, but if it’s only lawyers and not any tech folks involved, they’ll lose as they still think legal verbiage is enough to fight cheating code and boy are they wrong on that one.  You see it everywhere, even at the White House as they all live too virtual today and confuse virtual world values with the real world.  In this case we have virtual values being sold that are indeed coming out to attack the real world and we have way too many people that think God or legal verbiage will protect us, but look around, neither one are beating any algorithms out there and the rate of inequality due to such keeps growing.

Ok so enough with interrupting the news hour today and now you can safely go back and read about Hillary’s virtual email issues, a bunch of which was probably written by a bots.  More on how that works at the link below.  BD

The data in question, according to a legal challenge (PDF) launched by Texas regulators on Friday and joined by the state of Tennessee on Monday, includes "consumer names, phone numbers, mailing addresses, e-mail addresses, and, where allowed, activity data."

The states say the sale breaches the 94-year-old chain's promises to its in-store and online customers that it would not sell their personal identifying information (PII) data.

"The Debtors have affirmatively stated in multiple privacy policies currently in effect that consumer PII will never be sold. Yet the Debtors come before this Court with a Motion which seeks to do precisely that," according to the challenge.

Tuesday, March 24, 2015
My Commentaries , Other Items of Interest , Technology