I am all for education and all the efforts hospitals are making in this area, it helps but the penalties by the numbers here with folks in executive positions that think that living by the algorithms is making me crazy. 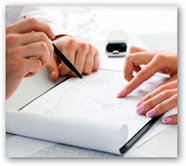 We end up just swapping spit if you will as some of these hospitals will end up finding that CMS perhaps shorted them in some kind of reimbursement too.  I report on all this stuff and it goes on and on and on.  We can sit around and capture and analyze stats forever and that’s what’s happening today and luckily some of the “human” efforts are working with educating patients.  One doctor in this article made the comment about “dead patients not returning” and when you read all the formulas and numbers tossed out there, it does make you wonder.

We have people at the top who are not mathematically trained per se and they believe all of these methods of evaluation and get stuck there.  We have too many around like that and can’t bring the human element in and nothing happens until they experience something along the line of what happens to the rest of us.  You can go back a couple years and see the influence of insurers, like at the link below to were they have the administrators of HHS totally sucked in to what they are selling.  I am not saying all analytics are bad by any means, but when you have a huge for profit company selling, you better check both sides.  Today the world of Algo Duping is growing and those again running departments with little or no math or IT in their backgrounds are pure “sitting ducks” for lobbyists and corporate USA.  The other side knows it well and works to sometimes disguise things as a win-win when in actuality it flat just means more money for the company.  Marketing on steroids today does some pretty remarkable things out there with repetition and taking advantage of those who don’t understand data structures and the power of algorithms and models.  We see it all the time in the news.

The goals are good with re-admissions but the penalties and how they are assessed just suck and it denotes a department that has no clue with algorithms and formulas and tries to run the same analytics across a group of hospitals where some are apples and others are oranges.  So what’s the real deal here, swapping more spit (money) with paying penalties?  If we could avoid some of this back and forth exchange of funds and educate patients better on their care and conditions I think we would have a winner.  Instead we have HHS taking the role of a heavy duty enforcer rather than a caring agency dedicated to better health in the US, and save the enforcement efforts for those who are cheating as we all want those folks caught.

The more I see these flawed formulas used and enforced, the least amount of confidence I have for HHS and CMS as their ethics are beginning to dissolve and common sense with swapping money is no longer making sense.  This is “busy work” and we can choose to keep it going if we like but what’s it doing?  Would it not be better to assess a percentage of follow up calls, education sessions that are completed with each patient?

Again some hospitals have higher mortality rates and see sicker patients…it’s the old HHS digital illiteracy in thinking the mathematical algorithms can solve all.  I still could never figure this one out before the election with the letter sent out with even sucking in Holder from DOJ as one month showed higher Medicare expenditures…not understanding algorithms is what I say…and still stuck on “witch hunt” methodologies with bringing nothing to the table and comments like mine were not unique, it was all over the web as it just stuck out like a soar thumb with lack of knowledge and more like someone scared of their job?

If we just had some better knowledge at the top on how to use analytics and formulas that could work for all, it would be a lot better and some folks who could turn loose of some of the stuff that doesn’t work.  Really, how many people does HHS and the hospitals employ to reach this re-admittance number to avoid fines?  If the hospitals are paying the fines anyway what is being done?  All hospitals are not the same but yet they are judged as if they are.  So here we go creating more busy work with fines instead of perhaps “real education” goals to meet such as numbers of follow up calls, education sessions with patients, etc. and that’s where the focus really needs to be.  Corporate USA algorithms are still running on servers 24/7 moving money from the 99% to the 1% and nobody has touched that topic yet as they can’t see it and we have the same swapping spit ethics happening here.  So if hospitals due to their methods of operation and the community they serve are eating up the fines anyway, what is being accomplished?  BD

It is no longer enough for hospitals to make patients healthy enough to leave. Now, as part of the Obama administration’s health care overhaul, they are spending millions of dollars to keep those patients from coming back, often acting like personal assistants to help them manage their post-hospital lives.

While federal statistics show the effort is beginning to reduce costly and unnecessary readmissions, a growing chorus of critics is asking whether the government policy, which penalizes hospitals that have high readmission rates, is unfair. They are also questioning whether hospitals should be responsible for managing the personal lives of patients once they are released — or whether they should focus on other ways to improve care.

But increasingly, health policy experts and hospital executives say the penalties, which went into effect in October, unfairly target hospitals that treat the sickest patients or the patients facing the greatest socioeconomic challenges. They say a hospital’s readmission rate is not a clear measure of the quality of care it provides, noting that hospitals with higher mortality rates may also have fewer returning patients.