We all talk highly of the VA VistA medical records system and it is good as many other commercial system spawned from the early work.  If you wor 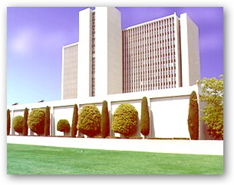 k in the commercial side today then you know that medical records and claims are connected together and the VA is no different except they are a bit behind the 8 ball here with that portion of their work.  It’s a big deal and it doesn’t help much to hear this if one is a Veteran and trying to get the medical attention you need.  When you look at 400 to 500 days in Los Angeles and New York, well let’s hope it’s not urgent before one gets in the system.

Now the VA and DOD have taken so much flack over their medical records systems and the decisions on what is to be done with DOD and do you not think that the claim processing entered in here too in it’s current state and needing further work?  Of course it did and the CTO and CIO of the VA are saying adios as they have digital illiterates in Congress saying they wasted money and didn’t do their jobs when the fact of the matter is digital illiteracy at the Congressional level.  If I were one of them, I would leave too as this is massive and everybody doesn’t want to look at what creates this but rather wants to be political and rush out there and do a witch hunt.  Our veterans deserve better than that from Congress but it appears at times that’s all they know how to do.

In the commercial world claims and medical records are connected and it’s talked about all the time but in the media nobody ever says anything other than the fact that they throw numbers up on the backlog and the reason once again is software implementation to go from paper processing to automation.  The VA has to make the connection too, so add that to their plate.  On the claims software the VA had to farm it out as there’s not enough engineers internally to do the job for the Veterans Benefit Management System, aka VBMS.   VBMS started back in 2009 with the work.  Right now only 5 percent of the claims workers are able to use the system, so basically I would say it’s in beta or working in “pilot” mode.  They had some hardware issues they had to correct.  The goal is to by 2015 to have the backlog cleared. 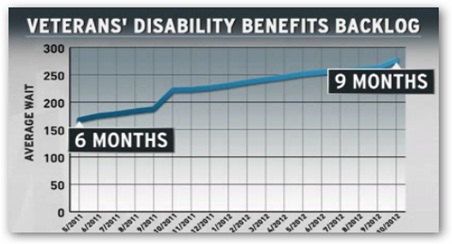 If folks read this blog often enough then you are getting to realize the cold hard reality of the complex world of data we work with today and these things take time.  You can read about the state of California taking 20 years or so to replace their legacy payroll system in the news.  The VA and DOD created a common user interface back in 2011.  They are currently sharing medical records with portions of Kaiser and other entities.

General Dynamics And McKesson Receive Contracts to Assist Department of Defense Health Systems to Include AHLTA and Vista-How Many Hands are In this Contract Pot?

Again all need to understand the time elements here on how long this takes and at HHS we have this, link below, they don’t get it.  What’s next for goodness sakes, waterboarding developers to get the code faster (grin).

So there’s a lot going on with the VA and it is big work in progress.  In Los Angeles the VA center sits on some pretty valuable land and they rent out some of it to help keep things afloat with monthly income that way.  They do have the Blue Button going and any veteran should jump on this to get copies of their records by all means, this much they can do.

Let’s hope the software gets moving on the claims portion here and again this is a huge job while other things are going on too.  Here’s a recent video that covers the damage to the VA in New York and a summary of benefit problems all across the US.  Again the claims is a software issue and sadly all this take takes time for an IT infrastructure to be in place before the money rolls out, so hopefully it won’t be too much longer and Congress might tread a little lighter over there in the future and understand the creating of the benefits system and what is involved today with complexities of IT infrastructure.  BD

that these figures don’t convey the true picture of the backlog. He said the length of time it takes to process veterans' claims also continues to rise, with the average processing time now almost 280 days.  Veterans Benefit Administration regional offices in New York and Los Angeles average 450 and 500 days respectively to process a claim, Violante told the hearing.