Here we go again and as you might remember the last case against the former Goldman programmer was botched so badly and was never accurately proven.  You certainly can’t find a “jury of peers” from ordinary candidates either and the experts called need to be just that, ones that truly are familiar and know the procedures of how code is written and used.  The State of New York still brought another case against Sergey Aleynikov after a judge threw out the first case.  A jury of common consumers cannot understand all of this, I don’t care what anyone says. It is funny when you read the article about the FBI agent not knowing what “subversion” (SVC) was.  Anyone in programming will laugh their fannies off at reading about it:)

With what happened to Goldman last week, 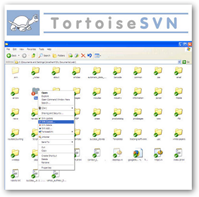 they might be well advised to look old Sergey up as he appears to also have some real serious software engineering skills too, which was part of the area to where I believe their code ran bad last week and we have not heard yet what the outcome is there and how much money was lost or better yet what the ill fated non tech lawyer running the SEC will do.  Tortoise SVN (image)  is one of the best software SVN  programs out there and it’s open source from Microsoft..

Now these folks were sending and sharing code via Drop Box supposedly to start a business and we need to know exactly what the content was.  People share code modules all the time, I’ve used some and they are ones openly shared and open source code that has been rewritten.  Does is make an entire program for me, no way, it only works in creating a particular module of the bigger picture of all the code together work.  Duh!  People don’t get this and understand the concept.  With Drop Box, who needs (SVN) subversion (grin).

Now they said they found proof that the recipient had worked and rewritten some of the code and that is was part of a secret algorithm…well if that’s the case better run the code and see what it does as it could be useless. Programmers and developers do stuff like that, they just play around with it and end up dumping it as many times it’s just something to experiment with or you find a new couple of lines of code that make such modules run more efficiently.  Again, remember too that a lot of the trading software is “open source” and Goldman has a one way relationship in the fact that they never give back, which is part of how open source works, you use it and then give some modules and portions back that you develop.  Sure one may not give everything back, and we know they don’t, but it really looks bad if you don’t even give back some beefed up “common” modules that everyone uses.

All I can say is that these cases so far are a joke as far as how they have been handled by digital illiterate lawyers and we all want the truth, and we want accuracy but again as I mentioned above, the case against Sergey was never done correctly and the pending new case is also a joke. 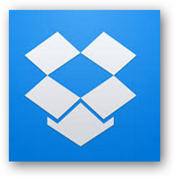 Lawyers are smart and do their research for sure, but unless they code, this is way out of their realm as you never know when you will get an “expert” that will lie to make a case.  Everyone complains about this whether it’s a court case or that IT folks lie to them at some company or a bank.  Some do lie and in other cases it’s a matter of trying to tell the layman what the cause of a very complex issue is and you do have to make up some analogies that they can understand as otherwise they will never get it.  I’ve done that in a good way to help educate so they understand but if you were to look at some of the analogies I have used in the past, someone could take that out of context and call it a lie as well.

That’s what makes all of this so bad and again we are just suffering like crazy by not having a technologist at the top of the helm at the SEC.  Old digital illiterate lawyers believe whatever technologists happen to be on hand and their interpretations are all different as well as different work and education backgrounds will provide that alone.  Being the fact that the two being prosecuted were traders, well I would imagine they were just making some pretty good guesses at what to put in Drop Box, as their expertise is more about dealing with spreadsheets and analytics than code and programming (grin).  All I can say is here we go again with the digital illits in a court case and they better get it right this time as the whole technology world is watching and laughing.  BD

The top prosecutor in Manhattan is seeking to indict three men for allegedly stealing valuable computer source code from an automated trading firm, according to people familiar with the matter.

A criminal complaint filed by Manhattan District Attorney Cyrus Vance Jr. in New York and seen by The Wall Street Journal alleges that Glen Cressman and Jason Vuu, who worked as traders at Flow Traders US LLC in New York, emailed themselves lines of code that contained secret algorithms at the heart of the firm's high-frequency trading strategy.

Mr. Vuu shared the code with Simon Lu, a college friend from the Massachusetts Institute of Technology, through the file-storage service Dropbox, according to the complaint, which accuses the two men of planning to use the secret software to start their own company. Mr. Lu, currently a Ph.D. candidate in mechanical engineering at Carnegie Mellon University in Pittsburgh, was studying there when he allegedly received the stolen code.

Mr. Vuu's attorney, Jeremy Saland, said he doesn't believe any harm was done to Flow Traders and is still looking into the facts. "I look forward to defending these accusations," he said Sunday.

After searching Mr. Lu's computers, investigators discovered that some of the computer code allegedly stolen from Flow Traders had been manipulated, leading investigators to believe that Mr. Lu had taken steps toward launching his own high-frequency trading platform, according to a person familiar with the matter. Messrs. Lu and Vuu had not set up their own firm.

Sunday, August 25, 2013
My Commentaries , Other Items of Interest , Technology