Home » Insurance » Medically Related » Medicare Admissions Rules Causing Havoc, Need a New Model As It Is Becoming Yet One More Way to Shift Cost to the Patients

We all know about the re-admissions rules and penalties that put the fear of God into hospitals today and they all work to be compliant, however, if better intelligence were used ahead of the game to model some of the unintended circumstances, we might have some better rules come out as now they confuse everybody.  Not only Medicare but the hospitals all have the discretion of insurers in this area as well.

Patients don’t know when they have been officially “admitted” and that’s a good question to ask as noted in this story, if patients are not admitted and 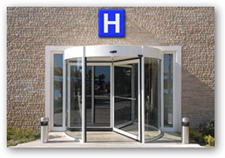 spend several days under observation, then any rehab costs get shoved back to the patient.  The model is broken.  Now Medicare is proposing that the status can be changed “after the fact” so again we are talking about shifting money again as the status can be changed up to a year after the time spent in the hospital.  So now what?  Admissions get changed to observation status?  That could happen and again better modeling would help some of this out.

If Medicare would follow the money more and create superficial cases that could arise up front, perhaps some of this could be avoided.  There’s also some talk about a rule that would require Medicare to pay for rehab if the patient has spent 3 or more days in the hospital regardless of the status of being admitted or there for observation.

It’s sad that everything comes down to shifting the dollar and cost to patients when the analytical opportunities present themselves but we should be ethical as well.  Are the rules being “used out of context”?  One might ask that question when you begin to see 5-10 days of observation billed.  This is what we all fear with data being used “out of context” and it goes beyond hospital admitting too, it’s alive and well in the financial world to where the banks and companies lead the government around by the nose because they can’t model very well.

duped into the analytics and the confusion of their policies shows it.  Sure it’s not simple but again when you have folks running an agency that is so tied into technology with complex payment systems, well it just makes the problems worse.  Again if the government would employ some better modelers and query potential loop holes up front, some of this could be avoided and you won’t catch it all but it would be a much better formulated rule to begin with as IT Infrastructure runs every thing today and when people’s lives and livelihoods are involved, it’s time to a better job than  look for the “Algo Fairies” for the rules.

Gee and people wonder what is happening to the money of the middle class?  BD

Harold Engler recently spent 10 days in a Boston teaching hospital, trying to snap back from complications after urgent hernia surgery. Nurses provided around-the-clock treatment, changing the 91-year-old’s catheter, for example, and pumping him with intravenous drugs for suspected pneumonia.

It all seemed like textbook hospital care to his wife, Sylvia. So she was shocked to learn that Beth Israel Deaconess Medical Center had never “admitted” her husband at all.

“Mrs. Engler, we have bad news for you. This was marked ‘medical observation,’ ” said a nurse at the nursing home where her husband was sent for rehabilitation. The hospital had decided Harold Engler was not sick enough to qualify as an official “inpatient.”

The difference in terminology was not a mere technicality: the observation classification left the Englers with a huge bill. It triggered a mystifying Medicare rule that required the Framingham couple to pay the entire $7,859 cost of his rehabilitation care and the medications he needed while at the nursing facility. If Harold Engler, a retired sales executive, had been admitted to the hospital, they would have likely paid nothing.

Medicare officials have said they are concerned about patients being observed for days in the hospital without being admitted, and issued regulations this summer they believe will help provide clarity to hospitals. But advocates for the elderly are not so sure.

The rules, which take effect Oct. 1, allow hospitals to change a patient’s care level up to a year after discharge. One worry is that patients will be switched from inpatient to observation status months after they leave the hospital — and get socked retroactively with a rehabilitation bill.