Big lay off of 500 employees in the Washington state area with PeaceHealth, and 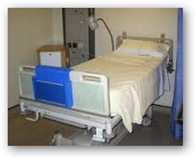 you guessed it right, this is not profit chain.  They employ around 6000 employees total.   The Catholic system is facing their largest budget gap in years and part of it was stated to be due to their Health IT purchases.  It’ not cheap, but they are still projecting a profit when all the layoffs take place.  There was also a mention of an cancelled contract with Kaiser Permanente in the Vancouver area that is also adding to the hardship.

Northshore University Healthsystem in Chicago will laying off 130 employees to cut costs.

These are just a few in the news the last couple of days and if you go back to around June 1st, you will find many more.  We have been seeing contracts that doctor sign with insurers that are complex and end up reimbursing them at rates lower than Medicare as the AAFP found.

Medicare rates initially were lower as doctors and hospitals made up the different on higher insurance payments, but it’s not that way any longer with Medicare in many areas being the highest payer in town.  Medicare could actually sue the insurers for this I think but the repercussions could be huge as all the Medicare contractors are pretty much all subsidiary companies of health insurance companies. Meantime back at the ranch the profits for health insurers keep growing.  Are we looking at yet another return of “Desperate Hospitals” when it comes to money?

What’s going to be the next move when all the big mergers have taken place?  Health IT costs have definitely gone up and some of the subsidiaries of insurers are cashing in there too…take a look at the truckloads of subsidiary companies one company has.

As I stated before, banks and insurance companies have pretty much just morphed into being powerful software companies that control a lot of money with math models and complex algorithmic formulas for profit.

Thursday, August 29, 2013
Medically Related , My Commentaries , Other Items of Interest