I read it was open so off I went to look around.  In addition there are new

So I plugged some numbers in for a person being 55, income of $40k a year and no dependent and insurance for only one.  I was presented with the tiers of Platinum, Gold, Enhanced Silver70 and Bronze.

This was interesting to take a quick look and get a preview of how it’s all going to function.  California is one of the states that chose to set up their own health insurance exchange versus the federal government doing it. 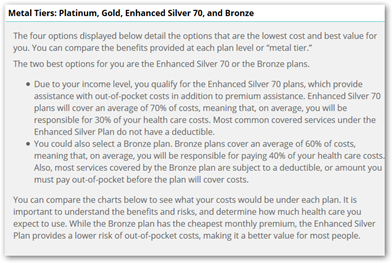 Here’s the next screen…in two parts… 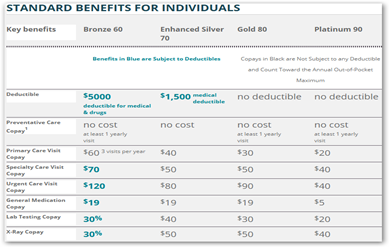 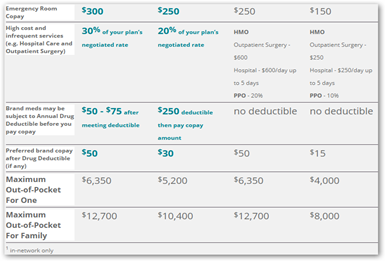 So you do get a quick comparison here of how each level covers each item with MOOP, co-pays, etc.  No prices yet until you clear the window and then you get to see the insurance carriers and here we go…more screenshots… 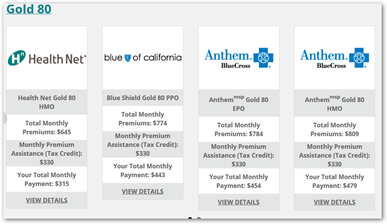 On the next screenshot only Health-Net is shown while the others are “grayed” out a bit but they seem to work on the Platinum Screen. 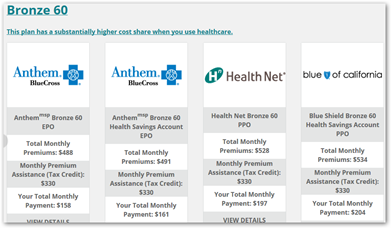 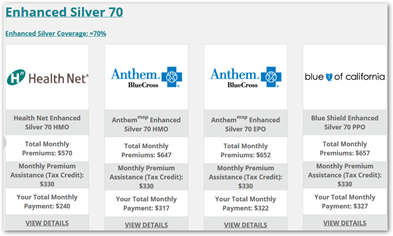 You get to see the monthly premiums before and after tax credits which makes huge difference.

So I went to Health Net Enhanced Silver 70…for the next bit of information…there might be a formatting issue but this window pops up and this might be done on purpose too until everything is finished.  I checked a couple others and it’s the same thing.

When I looked at the enrollment instructions it looks like contingency plans are in place as again we all know the situation with the federal data hub being designed by a subsidiary of United Health care and the issues with connecting to IRS and Social Security Legacy COBOL system.  It says now you can call, find a center in person and you will need to “mail” the application.

These are the two contracts given out to cover contingencies until they figure out how to get COBOL to scale and delivery results online.

It’s getting interesting with government contractors as if they are not owned by an insurance company they have their own issues as Serco is a UK company with a US branch that is under investigation in the UK for fraud and has been frozen from any new contracts and Equifax just had to put out $18 million for not correcting a woman’s credit information as we are seeing a lot more flaws in data today as the data selling epidemic in the US continue to grow.  Overall it looks very good and represents a lot hard work and very long hours for a lot of IT folks so hats off to them.

IT infrastructures take a lot  more time than they used to and as a cross example the state of California itself has been trying to replace it’s legacy COBOL payroll system for 20 years and still has not been successful with a few vendors, last being SAP and millions spent so keep that in mind when you look at complex IT infrastructures such as the insurance exchanges.  As I said above contingencies are in place right now as all cannot be done online and connect to the federal data hub.  There was some recent misinformation of course from the political side recently that said the IT work was done and it’s not.

There’s also a nice FAQ page and some information on qualifying for Medicaid, called Medi-Cal in California.