That’s right you can’t give this away, you have to pay for it <grin>.  This is what the FDA says but their grounds for checking in was the fact that they were not sure whether or not the many was complying with regular tests for sexually transmitted diseases.  The man says he gets tested and I would almost imagine that any 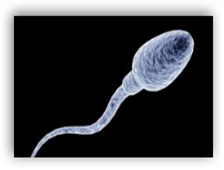 couples who were serious about the donation would ask that question, but you never know today.  The FDA says the test must be within 7 days of the “giving” day.

With the fact that he is giving it away does not make it a business and he relinquished all legal rights when the couples get their sperm.  This guy is no dummy either as he’s a computer security specialist so you know his site should be secure by all means as far as privacy one would think and he would have full audit trails too.  He’s also the son of a minister who is donating sperm for couples who cannot afford to pay.  The only thing I see a bit odd here though is to make sure that all the donations don’t run to one neighborhood or you could have issues down the road, so spread the wealth across the US I would say.  This will be interesting to see how this one comes out.  If nothing else maybe he can strike a deal with the FDA relative to server security I guess <grin>.  BD

A man from the San Francisco Bay area has fathered 14 children in the last five years through free sperm donations to childless couples he meets on the Internet — and is now in trouble with the federal government.

Trent Arsenault of Fremont says he donates sperm out of a sense of service to help people who want to have children but can’t afford conventional sperm banks. The 36-year-old minister’s son has four more children on the way.

“I always had known through people praying at church that there’s fertility issues,” Arsenault told The Associated Press on Monday. “I thought it would just be a neat way of service to help the community.”

The U.S. Food and Drug Administration sent Arsenault a cease-and-desist letter late last year telling him he must stop because he does not follow the agency’s requirements for getting tested for sexually transmitted diseases within seven days before giving sperm. The FDA did not immediately respond to questions about what kind of punishment he faces.

The oldest child Arsenault has fathered is now 4. He and the recipients, whom he describes as “intimate partners,” sign a legal agreement ahead of time stripping him of any custody rights and absolving him of any financial responsibility for the children.