Home » Medically Related » My Commentaries » Other Items of Interest » Patient Commentary–Hoag Hospital in Orange County, I Didn’t Need that Pacemaker Said My Tests But Now that I have It I am Marketed by United Healthcare And Others Constantly In My Face–I’m Being Over Sold….

Patient Commentary–Hoag Hospital in Orange County, I Didn’t Need that Pacemaker Said My Tests But Now that I have It I am Marketed by United Healthcare And Others Constantly In My Face–I’m Being Over Sold….

This was a patient’s comment that was too good to pass up and to just hear someone comment on their experience.  Again not being there and knowing all of his/her clinical conditions I can’t comment much there but he somewhat states he was treated with the best technology money can buy in his opinion. The fact that the Boston Scientific Rep was a former nurse at the hospital though does sound interesting and the patient here dug in I do have to say as he/she covered revenue cycling pretty well as most have no clue what that is, so involved I would say this patient is.  The original article is linked below where he/she made their anonymous comment. 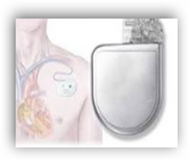 Hospitals in New York, California, Texas, Florida, Michigan and Ohio Will Require Pre-Payment Audits From Medicare for Heart and Orthopedic Surgeries- Algorithm “For Take Back Letters” or Hospital Stays Would be Denied Payment

I don’t know if this person reads this blog or not but they found it this week and are very aware of all the marketing that is handed down and he/she says that United Healthcare is marketing them like crazy as a result.  He/she has all this remote monitoring and again whether he/she is happy or not with it, the sale was made.  This was an important comment I thought to view a bit from the other side here from what appears to be a very business savvy person with the way the business of healthcare is run, or from the experience, they are now and it seems he/she feels there was way too much money spent on the care.

Everybody wants to be in your face but when is over saturation taking place?  Obviously I think he’s stating that with Untied paying for the pacemaker, they ran in to sell him/her all kinds of other services and we all know some of those collect data for sale, the prescriptions of course have been sold for years by United under their Ingenix, now Optum subsidiary.  Whether or not he/she needed the pacemaker we don’t know but he/she seems to be of the opposite opinion and thinks the care received was way oversold.  BD

“The Medicare pre-approval of pacemakers and defibrillators is only an initial step to audit unnecessary devices. Defibrillators are being implanted for fainting episodes for young people, particularly if the city has revenue-driven paramedics and a community hospital managed by hospitalists. An example is Hoag Hospital and Newport Beach Paramedics that administer so-called Advanced Medical Services. Newport Beach sells paramedics insurance to residents through telemarketing outsource of Wittman residents.

My experience was the Newport Beach Paramedics mistaking doing push-ups at a sports field for being collapsed and administering Midazolam to cause decreased breathing, irregular heart beat and amnesia. The Hoag contracted hospitalists further caused a temporary coma by applying external defibrillators under their so-called Arctic Sun Cooling.

The Hoag hospitalists from PacificHospitalists.com did what is known as Revenue Cycle Management RCM to get funding from United Healthcare UHC insurance for implanting a defibrillator despite tests showing no cardiac arrest, no blockage, no cardiac myopathy, low blood pressure, not diabetic and normal brain and spine MRIs.

The Boston Scientific rep also was a former nurse at Newport Heart Medical Group. UHC insurance used the implant to telemarket me and upsell more unnecessary services such as remote home nursing, prescription management, and other wellness rouses.

Beyond Medicare costs, unnecessary cardiac devices are costly to employers in benefits. Let's hope for the FDA and congressional action to mandate audits for implanting devices in hospitals and the device makers of Boston Scientific, Medtronic and St. Jude Medical.”