I keep telling everyone, check the math and this audit found errors here too, they are amongst us so crawl out of denial and ask questions when something does not seem right.  Wouldn’t you know that retirees appear to be getting too little but some as small as $25 a month, but hey in todays economy every dollar helps.  That could be a couple prescriptions filled. 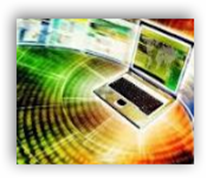 Right in this article, the government couldn’t control it as the IT infrastructure I am guessing and am probably right is not adequate or does not exist.  Stock prices were not even correct, but we just collect money for fines and the bad algo guys just keep going, like this on on Wall Street.  He ran his bad algos that miscalcutated for 3 years knowing they had errors.

These high frequency guys skated along too….pay the fine and keep on going for around 3 years before fixing the glitch that calculates wrong.

This case with errors and problems has only been going on since 1999, how slow can we go.  We need audit trails to find the flawed math.  Along with flawed math we are also deceived quite well with marketing and boy do we fall prey to all the stats thrown at us at times.  If you are on Twitter, follow badalgo as he puts some very interesting images up with showing interruptions of algos in the stock market from Nanex.  Numbers don’t lie, but people do.  BD

A small company with a big contract to determine how much the government pays people whose pension plans have failed got the numbers wrong, a new audit has found.  And not just once.

A long-awaited report by the inspector general of the Pension Benefit Guaranty Corporation reveals that even after problems at the company were identified, the pension insurer failed to replace it with another vendor. Instead, it expanded the company’s duties.

In 2000, complaints from retirees led to a Congressional investigation of the company’s work, and questions about the awarding of the contract were referred to the Justice Department. Still, the company, the Integrated Management Resources Group, was awarded even more business from the federal pension insurer, with bigger responsibilities, bigger fees and a bigger impact on retirees.

Errors described in the report included very basic ones, like decimal points two digits to the right of where they should have been, or calculations made without per-share stock prices

Integrated Management first came under criticism in 1999, eight years after the collapse of the pension plans of another big, bankrupt airline, PanAm. The airline’s retirees complained for years that the P.B.G.C. was making mistakes in calculating their pensions, and rebuffed their attempts to appeal the errors.