In other states is has been in the news to where Blue Cross/Blue Shield have negotiated contracts with hospitals, so who knows on this one.  Let’s just make sure these court costs don’t come out out the MLR (medical loss ratio). By the way the image here is a volcano in Italy called Mount Aetna…kind of similar here with 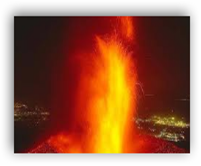 both blowing their tops but the volcano I’ll bet doesn’t have an attorney:)

The one that gets me and I am surprised that someone has not called unfair competition against United with their basically giving away free hearing aids when seniors sign up with them for health insurance.  They even created another company to do this and I am no expert and anti-trust but this one just seems so blatant and out there for others to challenge, that is unless they spread the wealth.

On Twitter the other day I commented about United’s investment into the low income housing business and someone said is there anything they don’t dive into for profit?  At any rate and maybe this is why they hired former US Assistant Attorney General for General Counsel for the firm?

Back on track here, Aetna says Blue Cross/Blue Shield is paying hospitals more.  Aetna has really changed several of their payment solutions as I am hearing from many doctors of late with really pushing the envelope on analytics.  I know on cardiologist who was doing great with them until he had the “one patient” who needed a specialist and I call this the “super specialist” as when you have a cardiologist referring up, you are going to the super doctor in selected cases.  They are telling my doctor that he’s now, due to the cost on one patient, outside of their analytics range and want him to pay the bill, when he received and got approval to send the patient to the specialist, which by the way saved the patient's life.

Needless to say this doctor will probably have his contract with Aetna cancelled and who knows whether or not Aetna will try to take him to court to pay for the referral of the specialist.  All it takes is one patient who runs up a tab and the good doctors are now bad doctors on the money side and you may not be able to see them any more, even though they have been accredited with saving your life.  Knowing this and reading about this lawsuit, just looks like more of the Attack of the Killer Algorithms in more ways than one.  BD

Aetna Inc. has sued Blue Cross Blue Shield of Michigan, alleging the state's dominant health insurer's use of "exclusionary contracts" with hospitals stifles competition in Michigan's health insurance market by inflating prices paid to hospitals by Blue Cross's competitors, including Aetna, and the customers they serve.

Filed in the U.S. District Court for the Eastern District of Michigan, the Connecticut-based Aetna (NYSE: AET), which demands a jury trial, seeks triple the damages it sustained and injunctive relief against the nonprofit Michigan Blues, alleging it violates Section 2 of the federal Sherman Act and Section 2 of the Michigan Antitrust Reform Act.

"Aetna made a significant investment in the state of Michigan in recent years," said Bill Berenson, president of the Michigan market for Aetna, in an email. Aetna contends the most-favored-nation clauses that Blue Cross Blue Shield of Michigan is using "are a violation of the antitrust act and seeks an end to their use, as well as damages for the harm they have done to our business."