Maybe I feel these things early but for the last year I have been complaining about way too many apps that do “one” thing and this video says the same thing as far as the folks in the incubators could do a better job and work together.   I’m a big fan of “good” consumer Health IT, but it has not been out there for a while and in doing this blog I don’t see much  to write home about.  How many more Fitbits are going to appear out there for a quick example?  As you can see I’m not talking about actual devices for real monitoring with a doctor/patient. 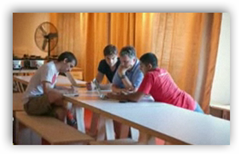 On the clinical side it’s a different story though with companies working with sophisticated and complicated medical record systems, devices and so forth but on the consumer side we have gluts of it in Health It, so much that again I consider very little of it worth writing about as the developers most of time are in it to make a buck and won’t use their own software they create for the general public, so what’s up with that!

In addition we have contests coming out our ears and those too are not very exciting as far as what turns out and I’ll scream if I have to hear about the mobile phone app that texts an expectant mother, we all know it’s there but what has developed since then?  I think the pregnant mother text program would be given a rest when promoting the government contests and besides you have to be 2 things to use it, female and pregnant and that leaves a lot of folks out:)  Also, it does “one thing” and multi purpose software for the consumer would really be nice to harness more than just a couple algos at a time.  BD