Home » Insurance » Medically Related » My Commentaries » Other Items of Interest » The Alternative Millionaire’s Tax–License and Tax Big Corporations Who Mine and Sell Taxpayer Data They Get for Free From the Internet-Phase One to Restore Middle Class With Transparency, Disclosure and Money

I probably won’t make any corporate friends here with this post but somewhere along the line we need to make some changes. Why is it that when I go to buy a tire I have to pay a Federal Excise tax on something I need to drive a car but yet the big corporate companies in the US go scot free when it comes to mining and scraping our data off the web for huge profits?  Some big companies may not have a problem with this as they have publicly said they would pay higher taxes and this seems to be a potential model here as it’s not working with income tax so why not structure this more like a “sales tax”.  I wrote a post back in June about the same topic here as as time is moving on it is becoming more apparent that something needs an adjustment along the line here. 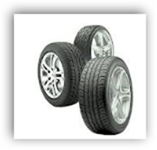 We all know by now that math is no longer the 100% methodology for determining accuracy in all cases when it is spun with algorithms and marketing today and that’s a fact.  In addition we have a lot of “flawed” data spun into some of the algorithms and this leads us to a point of insanity sometimes when we look and say “where did they get those numbers”.  You hear it all the time.  If you don’t get this on how algorithms spin and flaw data use the link below and get educated from an NYU professor/journalist/mathematician.

We all know about Facebook and the millions they make by selling data and insurers do the same thing with prescription data, and Walgreens said their data selling business is valued just under $800 million which makes one wonder if filling prescriptions is becoming a side business to collect the data?  Pharmacies need to fill scripts to collect data and some of this probably gets internally profiled with whatever else you buy there, a six pack of sodas, candy bars, hair color and so on.

outpace Facebook.  These are those folks that have free access to all our taxpayer data floating around out there and they will continue to profit even bigger, so again why not give something back to the taxpayers.  You can’t write laws around this stuff to govern who can write what type of code or algorithms, but you can sure follow a data trail and return some money back to the 99%.  Our digitally illiterate Congress is still stumbling around with this and they don’t get it at all as so many are what I call the “non participants” when it comes to consumer IT.

“The amount of market data high frequency traders are using as trading indicators continues to grow more rapidly than Facebook can add users or change its privacy policies, and vendors are scrambling to offer new technology that can help firms - and algos - find the data, sort it and leverage it. “

So again why is it that I get this tax on a tire and all the data moves around the web for free and makes millions and billions in profits for US companies.  I’m not saying stop the selling but put a healthy license requirement out there and some stealth taxes to start shifting the money back around as otherwise nothing will happen to redistribute the wealth in the US.  Congress can’t seem to get past income taxes for this model and I say we need a new on to make this work. If you don’t understand this concept and data mining, watch this video from Stanford at the link below and see what’s being scraped and sold, it’s all you and I and again we still have to pay that excise tax for tires so doesn’t look very equal out there does it?

You know now we have the Corzine testimonies going on and how little math did he know?  What can machine learning do for a hedge fund, ask John Corzine with his

ignorance and bliss as someone has to direct the programmers on how to make everything function, it’s those algorithms.

To keep Congress happy, I think that is why they have the authority to do some insider trading too so items like this topic get distracted. I think too this would stand to create some “real” business models for good software too instead of the glut we have out there today and this is big in consumer Health IT, just a glut that few use as consumers have not apparently found much value in it and nobody in government can turn themselves loose to be any kind of a role model either as they are too busy to mess with any of it themselves and it’s for those guys over there.

Here’s what has been circulating around the web when it comes to digital literacy with lawmakers, picture is worth a 1000 words.

So the next time you are out there buying that tire to keep your car rolling, give this some thought on the millions and billions being made by corporate US today from the “free taxpayer data” they mind and scrape for free and all the money they make off the backs of taxpayers, and this should be a way of corporations giving some of it back and would add some real transparency as we don’t know what all they are selling and to who?  In addition it would give law enforcement cyber cops a leg to stand on to squash some of this if they sell without a license or fail to make a public disclosure on a government website which would need to be updated so we all can really what’s going on.  They just write a few algorithms and go town making millions, again while we pay that excise tax on our tires we need and the treads are wearing thin. 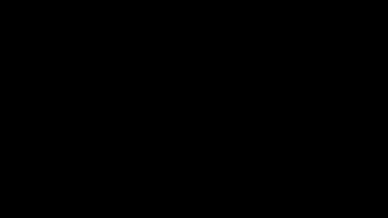 Those Algorithms have big teeth!

This truly is the Attack of the Killer Algorithms taking place all around us.  Back in August of 2009 I pondered the question of whether or not we might need an official US government branch to help us out and so far, nothing has been done and much of that again comes back to a digital illiterate Congress who can’t get their heads around how technology works today.  BD