This is kind of scary as to where we are going with pain killers.  One good thing though is that there are many new devices on the market coming out that distribute pain killer right to the affected area for recovery from surgery, wounds and so on and I would take that in a heartbeat versus taking pain killers.  I have had surgeries 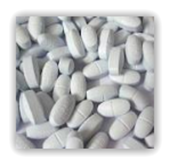 to where for a few days where I took Vicodin and I know what it does after a couple of days and that’s about all I am good for as I prefer being alert.

The case being made here is less liver damage from the acetaminophen found in combination drugs, like Vicodin, but it also puts the drug in a stronger controlled group with regards to refills, etc.  Again myself I couldn’t imagine anything stronger as the combination drug was enough for me for a couple or three days.  This is of course abused drug in the US.  In 2007 the Purdue drug company pleaded guilty to their claims that the drug was not addictive.  The company also makes patches that release opioid controlled substances as well and was approved by the FDA in 2010.

Some of the drugs get recalled too, like this example below.

Earlier this year the FDA approved cough and cold medicine to contain hydrocodone so it looks like it’s going to be around for a while and I guess we shall wait and see fi the pure stuff makes it to the market.  BD

NEW YORK -- Drug companies are working to develop a pure, more powerful version of the nation's second most-abused medicine, which has addiction experts worried that it could spur a new wave of abuse.

The new pills contain the highly addictive painkiller hydrocodone, packing up to 10 times the amount of the drug as existing medications such as Vicodin. Four companies have begun patient testing, and one of them – Zogenix of San Diego – plans to apply early next year to begin marketing its product, Zohydro.

If approved, it would mark the first time patients could legally buy pure hydrocodone. Existing products combine the drug with nonaddictive painkillers such as acetaminophen.

Oxycodone is now the most-abused medicine in the United States, with hydrocodone second, according to the Drug Enforcement Administration's annual count of drug seizures sent to police drug labs for analysis.

The latest drug tests come as more pharmaceutical companies are getting into the $10 billion-a-year legal market for powerful – and addictive – opiate narcotics.

Zogenix has completed three rounds of patient testing, and last week it announced it had held a final meeting with Food and Drug Administration officials to talk about its upcoming drug application. It plans to file the application in early 2012 and have Zohydro on the market by early 2013.

Purdue Pharma and Cephalon, a Frazer, Pa.-based unit of Israel-based Teva Pharmaceuticals, are conducting late-stage trials of their own hydrocodone drugs, according to documents filed with federal regulators. In May, Purdue Pharma received a patent applying extended-release technology to hydrocodone. Neither company would comment on its plans.

After a while, opiates stop working, forcing users to take stronger doses or to try slightly different chemicals.

Pure hydrocodone falls into the stricter drug-control category than hydrocodone-acetaminophen medications, meaning patients would have to go to their doctors for a new prescription each time they needed more pills. But Jackson said that's no guarantee against abuse, noting that dozens of unscrupulous doctors have been caught churning out prescriptions in so-called "pill mills."