How odd do things get?  2011 was the year where the former University Professor was convicted of embezzling funds and buying human eggs for research.  He was cleared of fraud and admitted that his team 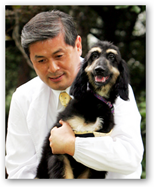 had created fake data.  He’s still working and is trying to clone a mammoth.  He was said to be the first person to have cloned a dog. BD

“It has emerged that Woo Suk Hwang, the South Korean scientist who was named and shamed for faking his research, made an amazing breakthrough. According to Cell Stem Cell, he may have managed to create stem cells solely from human eggs, without fertilization with sperm. This breakthrough is possibly much more valuable than his original false claims about his work.
Hwang's work at Seoul National University was famous worldwide - he became a national hero and possibly the most esteemed stem cell scientist in the world. In 2005, his status came crumbling down when it was revealed he had faked much of his claims.

He had said that he and his team created cloned human embryos by putting a cell's nucleus into an empty human egg, and then used the stem cells for those embryos. It was later found that the embryos had originated from the eggs of female members of his laboratory team - in other words, not from cloned embryos. He was fired and then charged with fraud and misappropriation of funds (embezzlement).”

The U.S. Patent and Trademark Office's (USPTO) public notification site confirmed the "human embryonic stem cell line prepared by nuclear transfer of a human somatic cell into an enucleated human oocyte" has been patented and subject to legal protection.

The office added that a patent has also been granted for the process of making the stem cell line.

The NT-1, first announced in 2004, is the only cell line that actually exists, as others that Hwang and his team claimed to have created were later proven to have been fabricated.

Related to the patent, experts said that while the patent provides legal protection, it does not mean that the cells and production process have been proven scientifically.