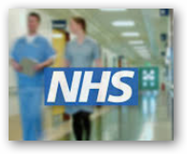 DOB and post code.  What do you hear about re-matching record, sure it happens all the time and here’s a prime example.  Read further how it went to credit agencies next to use to increase premiums.  This is why it will be a while before any patient matching algorithms will do the job in the US.

Can Medical Medication Information be Re-Identified – Sure It Can Just Run the Queries and if Those Don’t Work, Write New Ones

Below is an image on how all our prescription data is bought and sold by two of the biggest, United Healthcare and Intelliscript in the US.  This in the UK should be a huge warning for the US as we know anyone who gets a hold of some data will query it and with what other data we don’t know and what type of analytics get created, we don’t know

Looks like the UK could also use some licensing on their data selling, just like I keep proposing here.  Record sharing for research can be helpful but there’s always the other side that uses data for profit.

United Healthcare already has a strong foot in place with prescribing software in the UK, ScriptSwitch .  In addition, Tony Blair’s old advisor who has been with United Healthcare in the US for a number of years is to be the new chief of the NHS April 1st.   After this news…kind of makes one go hmmmm…who’s in charge, the NHS or the insurers?

“ScriptSwitch is installed in more than 7,500 GP practices, across over 160 NHS Clinical Commissioning Groups, NHS local health boards and NHS health boards throughout the United Kingdom.”

Less than a week after the NHS was forced to postpone its huge GP and hospital record-sharing plan, it has emerged that a major insurance body bought more than a decade's worth 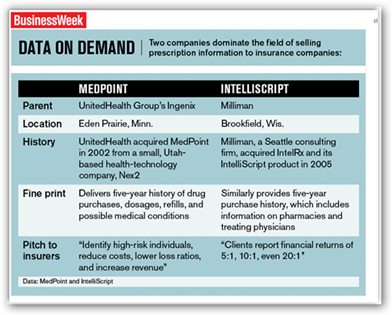 of hospital data covering 47 million patients which, it was claimed, is to be used to help insurers refine their premiums.

The Staple Inn Actuarial Society said that data covering all hospital in-patient stays between 1997 and 2010 was used to track patients' medical histories, identified by date of birth and postcode, according to the Daily Telegraph.

The details were then reportedly combined with information from credit ratings agencies and used to advise insurance companies, resulting in increased premiums for most customers below the age of 50.

The news comes at a time of heightened sensitivity about patient record confidentiality after the postponement of the NHS's massive care.data scheme. The project, which would be the first time that the entire medical history of the nation had been digitised and stored in one place, has been put on hold for six months.