Here we go again as the matter of complexities comes back around again.  I have been writing about this for a while but we still have way too many out there counting on those “algorithm fairies” and have not landed on earth yet to at least get an understanding on how complex systems are today.  Covered California 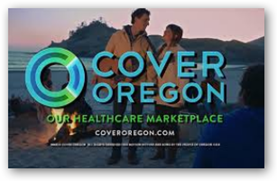 was down for several days and just came back up Monday.  I call it the “Sebelius Syndrome” since she was so public in so many statements that technologists knew were just pulled out of the sky with her perceptions.  The Feds now have a former Microsoft Executive working on Healthcare.Gov.

One does also begin to wonder what the data looks like too at this point and how much corruption has to be taken out and that’s a given that has to be done with any data bases, need to be prepared and cleaned as no matter how good the software could be and with minimal flaws, corrupt data won’t run through it.  Data gets corrupt just by being used and nobody’s at fault, just is what it is.

So now Oracle has pulled back on some of the programmers and 65 are left…ok did you guys get this 165 guys writing code for this project.  Keep that in mind as it’s a big job and when the state decided to add more too it, that’s when the other contractors withdrew their bids and probably about now Oracle might be wishing they had too:)  We had Rocky King resign and you know what, with the amount of pressure it’s enough to make anyone sick.

Let’s go back and once more again revisit a post I made several months ago…consumers and government are getting one real cold hard lesson here on complexities.  It’s not like the good old days when things were in silos when you could yank and pull and migrate servers as everything is connected today. 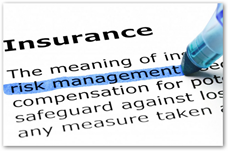 This is a big reason why I don’t want to write code anymore for any big projects..the geeks are always the losers, they can’t get it right fast enough and then you have the politicians with their perceptions of algorithms fairies too and they think they can control this, they can’t.

We have the stories of Massachusetts, Maryland and Minnesota out there too, so do you need anything else to hit you over the head to understand the complexities we have today and come to realize there are no “algorithm fairies” to wave a magic wand?  The state of Oregon threw the monkey wrench into this one with adding part of their social services to the project which required 9 additional months of custom code.

I’m still rolling on this one (line below) with the Office of the Inspector General to audit and find out what went wrong on Healthcare.Gov.  How many Oracle, MarkLogic, JBoss, Red Hat, etc. expert do they have to complete the audit?  OIG just got dumped on for that one sadly.  I don’t know why Sebelius just doesn’t keep quiet when she doesn’t know and uses her off the wall perceptions to keep sticking her foot in her mouth.

Yup that was another Sebelius “thingy” with shifting some attention over there.

If Oregon would have just built an exchange without all the other stuff added on, could have been different but that’s hind site now.  The Sebelius Syndrome I’m sure lives at many levels with the state government  in Oregon, otherwise they would have just built an exchange “only”.  If Oracle leaves all together the next best thing is to start paying all over again with an “Oracle” gold partner and some new programmers as you still need code writers that can write to an Oracle system.  BD

Oracle Corp., the giant technology company at the center of the Cover Oregon controversy, has significantly downsized its army of software developers trying to salvage Oregon’s health insurance exchange website.  What that means for the Oregon exchange -- which has been plagued by bugs and remains largely unfinished -- is an open question.


Exchange acting director Bruce Goldberg did not respond to a request for comment Wednesday afternoon.
In the past week about 100 Oracle employees have peeled off the Cover Oregon project, leaving approximately 65 in place. State officials have repeatedly blamed its failed health exchange website on Oracle’s shoddy work and missed deadlines.

Cover Oregon emerged this fall as a political and business disaster, both for state of Oregon and Oracle. The exchange stopped paying Oracle in September after it became clear it could not deliver the promised functional health care exchange on time. The firm had already been paid more than $90 million.

Thursday, February 27, 2014
My Commentaries , Other Items of Interest , Technology