This non partisan agency existed for years and at a time when we are living in the most absolute complex times ever, well these folks think they don’t need any help and maybe that’s true as we have the most non productive Congress ever because they are lost.  Due to this fact and not acknowledging technology and working from a verbiage standpoint only and not looking at the 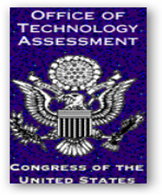 “data” side and impact as a partner with all laws today, we sink.  Congress is just head on letting private industry dupe and dupe them again and they don’t even know they have been duped as some money shuffles in somewhere along the lines.

Senator John McCain: Another Demonstration of Why Congress Should Reinstitute the office of technology assessment, When Education Takes Place, Less Distractions With Boredom And More Respect for Consumers…

The only physicist in Congress created the latest bill as he more than anyone understands the need but again we have a do nothing Congress with technology slapping them in the face with almost every law today and they seem to just want to be bliss and do nothing.  I talk about “The Grays” all the time where folks can’t tell the difference between virtual and real world values and there’s nothing more than this situation that makes it stick out like a black eye.  When you have one of the smartest men in Congress and he can’t make a move on this, well what does that tell you?  It’s not good.

Princeton still has the old website hosted to show what the Office of Technology Assessment did.

“The Office of Technology Assessment occupied a unique role among the Congressional information agencies. Unlike the General Accounting Office, which is primarily concerned with evaluation of ongoing programs, and the Congressional Research Service, which provides rapid information on legislative topics, OTA provided a deeper, more comprehensive, and more technical level of analysis. Through eleven Congressional sessions, OTA became a key resource for Congressional members and staff confronting technological issues in crafting public policy. Its existence brought a healthy balance to the analytical resources available to the executive and legislative branches of government.

The agency's legacy is found in the many items of legislation it influenced and in the channels of communication its staff helped foster between legislative policymakers and members of the scientific, technical, and business communities.”

So again it is scary that many don’t recognize a very important tool Congress needs today and chooses to remain bliss and we all suffer from their lack of action and being bliss.  Anyone in technology has the same opinion as myself on this and so the whole world of technology is looking at a Congress that fails to recognize even the basic tools they need to do their job.  Actually the agency still does exist, they just don’t fund it.  Lack of technology impact is why we get laws like this, which is better than nothing but are low tech solutions for high tech problems.  There’s so much more fraud going on that what Glass-Steagall will help so why not get a high tech solution as banks and other fi 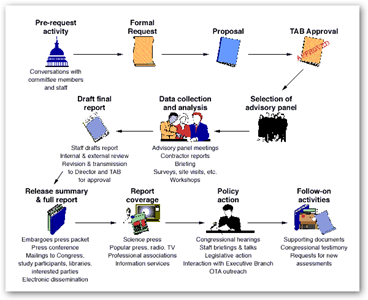 nancials will just “code” around the low tech solutions, been going on for years.

It’s not just limited to Congress either as we have the White House as well living in a virtual world and some of the stuff that comes out from the email bot is scary too with folks using “junk science” numbers that nobody can predict and they expect a buy in.  Sad as the White House seems to be doing the same thing and not looking at reality as well.

We’re screwed as there’s no digital literacy hardly to be found anymore and worst case is they can’t even see that they need the help.  You don’t have to look much further for the judicial system too than yesterday for their role in all of this too as they make a ruling about Obamacare and think the IT Algo Wizards with magic wands will just run out there an change all this code and programming that’s been done for the insurance system…what a joke that is as well.

I don’t care whether you are pro or con on Obamacare, it’s time to look at the real world here and see the amount of time an work needed for any kind of change and of course making changes to what we have.  Judicial system lives in a fantasy world as well and their magic wand of ruling isn’t cutting it anymore either.  Again the same thing, “let’s just work on all this verbiage” as that’s what counts.  In the private world it’s not that way at all as they find loopholes to run their IT infrastructure code right around it, sub prime or high frequency trading anyone?   BD

The House rejected an attempt May 1 to resuscitate the Office of Technology Assessment, the legislative branch agency that once offered advice on scientific and technical matters to lawmakers but has been shuttered for almost 20 years.

An amendment to the fiscal 2015 legislative branch spending bill by retiring New Jersey Democrat Rush D. Holt, the only physicist in Congress, to provide $2.5 million to restart the OTA failed on a vote of 164-248.

Officially, the OTA still exists, as the law that created it was never repealed. "It still exists on paper, it just hasn't been funded," Holt told Federal News Radio this week. "They turned out the lights almost 20 years ago now."

Various attempts to fund the OTA, which was created in 1972, have failed over the years, including one led by Holt in 2011.

Wednesday, July 23, 2014
My Commentaries , Other Items of Interest , Technology