I don’t know a doctor who’s really been a big supporter of this since it came around.  As 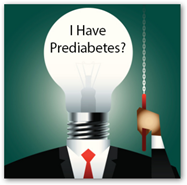 mentioned the only folks that benefit are the ones that sell drugs or data on people that take the drugs.  I had to get that in there as you know that’s an epidemic as there will be lists of folks diagnosed with Pre-Diabetes somewhere out there for sale, we’ve seen it for everything else.  You can read the journal entry here from the BMJ that also discusses the politics of it all.

I mentioned earlier on Twitter too that you have insurance companies that own pharmacy benefit management companies that sell drugs, like United so there’s another influence to have pushed this diagnosis.  This video is worth repeating from Dr. Ivan Oransky who gave a TED talk on this subject and he makes some good points, like we are all as risk for death, so we are all “pre-death”.

His doctor said to him, “go out and lose some weight” which Ivan says he needs to do.  This has impact too on all the “predictive analytics” we are seeing out there today with insurance companies trying to determine what we “might” get.  There’s even a website that talks about pre-diabetes “centers”.  So how it rolls with marketing and making money from this as well.  Even the CDC was in on this with promoting.

Again the study says promoting exercise is always good as well as talking about healthy habits which we do hear all the time.  This is a good example of being “medicalized” and we still need to stay on the battle against diabetes 2 but we should be able to leave at least this “pre”diagnosis in the dirt let’s hope.  BD

Millions of people are being unnecessarily labeled pre-diabetic, increasing their likelihood of being prescribed drugs which will at best briefly delay the onset of the illness, say experts.

Writing in the British Medical Journal, scientists argue that the diagnosis is of little benefit and carries huge medical and social costs. What is needed is a public health strategy to tackle the problems in the food, health and educational environment which have led to widespread obesity and inactivity – the main causes of the rapidly increasing number of cases of type 2 diabetes.

The only winners from classifying vast numbers of people with pre-diabetes are the pharmaceutical companies, say the authors from University College London and the Mayo Clinic, Minnesota, US. A recent study suggested that a third of the adult population of the UK has pre-diabetes and half the population of China – a vast market for drugs.

They and the whole population need help to tackle the underlying lifestyle causes of type 2 diabetes, says the paper. "We need a shift in perspective," the authors write. "It is critically important to slow the epidemic of obesity and diabetes. Rather than turning healthy people into patients with pre-diabetes, we should use available resources to change the food, education, health and economic policies that have driven this epidemic."