We have another new one added today in the form of Wal-Mart Senior VP Leslie Dach to be Burwell’s senior counselor to help manage the health insurance exchanges.  As I have said before I think HHS and CMS has nowhere else to turn with the lack of building their own models over the years.  A former CMS employee told me that for years when they go stuck they 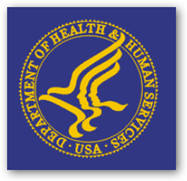 just called in United to provide and create a model for them so I think this study is really true from Plos One, the fear of math gives people real physical pain:)  Of course we know this doesn’t apply to Wall Street either but it could alive and well at HHS and CMS these days:)

Of course we know that we don’t have any real experts anymore either so half dozen of one and six of another, it’s modeling for inequality using segmentation anyway with the “Scoring of America’ that denies access.  As  I said below we are all busy as consumers being chased by corporate profit algorithms all the time with our data by all means and in time the glut will come out as it is beginning to show that all the models are not accurate and many are flawed or just cheat as what happened with the AMA and Ingenix, while the current Andy Slavitt who’s the #2 person  in control now at CMS was CEO over that subsidiary.  If you read the article, Andy Slavitt has officially been forgiven for anything he’s done or will do maybe.   So far the focus has been on the QSSI incident, but how about the AMA suit, he was CEO then of Ingenix…

This is the guidance we can look forward to I guess as I don’t know about you but I do get suspicious about leopards changing their spots, a few do but you can base your own opinion here.    There’s still a bunch of unsettled Ingenix (Optum) lawsuits out there unsettled.

Of course we all might remember Steve Larsen who left CMS to work for Optum as well a couple years ago who was responsible for a big part of the ACA law.

I said back in 2009 that these two would run over by insurers duping them and well, what do you think:)  I just visualize and said what I felt in 2009 and sad but it’s what happened and we have issue at the SEC going right now too.

money with complexities just like Wall Street and the government sucked it all in and I’m far from the first on the web to state this fact.  So we can add a new “sprinkle” of Wal-Mart here, who by the way has a pretty big technology lab up in the Silicon Valley too in case you were not aware.  I like good data and it makes us smarter and we do need it but there’s so much room for one heck of a lot of Algo Duping which works well on the folks living in “The Grays” who can’t tell the difference between virtual and real world values and that’s a real problem in the US..all you have to do is recall the Facebook study a few weeks ago, and there you are:)

So it’s going to be pretty miserable indeed as the White House themselves has been caught with being duped with some junk science numbers so HHS and CMS unless something changes will as I see it keep sucking in what ever models they are presented with, and I did a post on some of that too, “quantitated justifications” for things that are not true and one by one all over today we’re seeing numbers and models fail.  For an easy reference look at all the money spent with Lewin (another United subsidiary) that gave us a steady diet of of studies with “how much much money would be saved with this or with that”.  You can go research and find them on the web too that claims billions and sometimes even trillions would be saved, while banks of data bases were built that scrape and sell our data for billions all the time to which we have absolutely no say or the ability to even see who they are.  World Privacy Forum called that out perfectly “What going on with the secret scoring of US consumers”…we all watching.  Sadly that’s what a lot of these models for better care are built around when it comes out in the wash, not better care, just more algorithms and more scoring to deny access.  BD

“Leslie’s experience, which spans the business, government and civil society sectors, will further enhance our ability to deliver impact for the American people,” Burwell said. “We want to not only retain, but also recruit, talented individuals to our mission of ensuring every American has access to the building blocks of a healthy, productive life.”