This is a concern for doctors all across the state as a big decision has not been made and it appears meetings are taking place all over California and this is a big deal as a lot of doctors would be out of jobs.  When a company contracts with a big 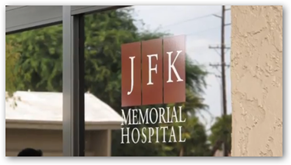 physician’s group they used their doctors and the ones on staff go away.  Shift and change again folks as far as knowing who your doctor might be if this occurs.  Of course big disruption like this also disrupts communities and the doctor-patient relationship too.  I’ve never seen a time when this has been so bad but again it’s all up to propping the stock market up for the most part.  Here’s a recent article about the same issue with a potential national contract.

The competition out there is getting fierce by all means too as Tenet just expanded their “clinics” and urgent care centers, and then you have also in Texas, Optum/United Healthcare running right up their back with urgent care centers.  Patient care will continue to go down as it has been and the data selling part of this will continue to profit in the billions.  I watched this Optum 360 deal at Dignity Hospitals now taking place and you know one says United might divest Optum when they are ready buy hospitals as insurance companies can’t buy hospitals but the Optum 360 business is not insurance.   So they run the Optum 360subsidiary  which is a partnership company that Dignity has with controlling party Optum and start buying up hospitals.  It’s all about money.

So back over at Tenet they too are buying up and building new hospitals, many in Texas and just purchased a hospital in Connecticut, St. Mary’s and Connecticut just passed a law where doctors can now work for hospitals too.   Hospitals are going to end up like “farms” if you will to be herded in and out of in time.  Tenet is also trying to buy Bristol Hospital and Healthcare and the Eastern Connecticut Health Network which includes 2 hospitals.  So here we go with more uncertainty and having national contracts will once more tend to drive the reimbursements of doctors even lower.  On the St. Mary’s hospital, the Vatican has to approve the sale.

Tenet too has a stock buy back program they have to finance as well, so there’s your stock market connection.  Sometimes I think the best thing that might happen would be for the market to blow it’s cork again.  The markets and lack of laws in the US to regulate anything along with “code hosed” government is not helping anyone.  It’s sad that this is happening as the younger generation never got to experience a good life.

So where’s all the boneheads that want to chime in and talk about how good disruption is for an industry?  BD

PALM SPRINGS – At a time when Tenet is considering replacing key department contracts at two Coachella Valley hospitals, a handful of orthopedic surgeons at Desert Regional Medical Center have been told their services are no longer needed.

The Palm Springs hospital, operated by Tenet, has sent out 90-day notices to surgeons who work on rotation.

The terminations will become effective in September.

Doctors who received the letters say the personnel changes have made them worry about the direction and vision of the hospital, which also is looking into contracting with an outside company for certain medical staff positions.

Wednesday, July 09, 2014
Medically Related , My Commentaries , Other Items of Interest