Home » Insurance » Medically Related » My Commentaries » CMA Asks United Healthcare in California To Delay Premium Designation Program With “Scoring” Doctors for A Few Months, But “No Give”, Its Starting in August, Algorithm Says…

Well we should all know about scoring now as consumers we have so much secret scoring going on but that’s not the case here with the doctors in California as from what I read this will be made public.  With all the cases that United gets into themselves with bad and flawed data I think this is a rip and one more way to reside over what doctors make.  I live in the OC and doctors are already telling me if they are part of an ACO that they get paid at rates less than Medicare and the AAFP brought this up to United a while back too as they use complex contracts that are difficult see all of some of the algorithmic calculations and they net getting paid at rates less than 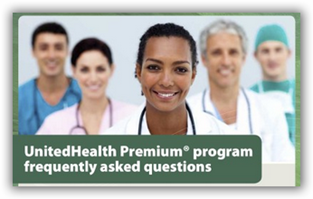 Medicare.  We read all these reports that come out and say doctors are not a very big portion of the cost of healthcare but for some reason I guess because they can, this company just hammers on them as a captive audience as MD get paid from them for patient care so out comes the whip.

Talk about push and shove this company does it every which way as the CEO once famously said a while back “our shareholders will prosper”.  No breaks going on back east either with Medicare Advantage doctors getting fired in many states.  I also remind myself that too this is a company that has history too with what I believe is the biggest derivative fine on record back to 2008 I think and the old Ingenix algorithmic formula that paid doctors short for 15 years, just settled in the last couple of years for the AMA.  Boy if a doctor today in the news does something wrong it follows them forever, so same should be for companies too?   A few years back the old Ingenix (now Optum)algorithms were even used by by Safeco Car Insurance which resulted in a law suit related to injuries from car accidents.

In addition via subsidiaries there’s a lot of 51% ownership going on with doctors groups and surgical centers too and I wrote a bit about that as it’s not really transparent sometimes on who owns who.  A former hospital CEO told me he about fell off his chair when he saw how man subsidiaries of United that his hospital was doing business with.  It even gets hard for me at times to follow some of the daisy chains of subsidiaries when looking it up.  I just think it’s important for all to know what corporate bottom lines their expenditure feed and where profits show up.  A while back I looked up some of my archived articles to see how many I had written about here and by all means this is not all of them and you can view the SEC listings for additional information.

People don’t really even care about the ratings anymore but again this is a formula to help substantiate what doctors get paid and scored and if you have never read the World Privacy Forum, it’s a good one about the corporate obsessive scoring of all consumers by banks and corporations and the flawed data that’s showing up more frequently all the time.

How does a company that is so proficient on their analytic end up paying a claim for $175,000 for a hammer to procedure in New York, as it might make one ask if bankers (which this was the wife of a banker) have different out of network coverage maybe?  Something else to think about with so many subsidiaries is when another one goes out and bids and wins a contract for Medicare Advantage patients and then finds they narrowed the network down too much to where there’s no providers to see patients?

So again this raises the question on the “scoring” of doctors here with the question of whether or not it will depict and accurate picture or again how much of the analytical algorithms are going to be used to determine what the doctors get paid and have to live with a score that sucks that was maybe based on flawed data?  By the way if you really want to see flawed data, go look at the Healthgrades and Vitals sites, lots of dead doctors and other critical error on those two.

What I say about models anymore as things are getting so complex, it is important to be able to replicate models today to make sure they are accurate and fair as with the big money today you have to watch out for the words “trust me” when it comes to analytics and scoring for sure.  On June 5th the results were published on the company’s network.  Heck doctors are so busy today I doubt if any of them have time to go look unless money starts running shorter on claim payments.  Since the results were published though some doctors did inquire and said nobody will talk to them about their ratings so we are down to “algorithms says” right?  So now in addition to their busy schedules doctors have to submit or call United to request “reconsideration”…more wasted analytical time for what?

Word of mouth is what patients use a lot for good doctor referrals so again what’s the purpose here, just more scoring for financial profits?  It’s a question that could be asked.  My opinion, this is the stuff that makes practicing medicine miserable for doctors and eventually some shuffles to the patients as well as they well be marketed to be sure and look for a “Premiums Designation” on the doctor list, you can almost bet.  More so what concerns consumers rather than a rating is “who can they go see” that’s in network.  A court case just settled here in California with United for false advertising for their Advantage plan as there were no urgent care centers in the Secure Horizons plan so all senior who went to one had to pay out of network deductibles or other payments.    BD

The first United Premium designation letters and results were mailed to over 25,000 physicians on June 5, 2014, with the results to be publicly displayed in the insurer's network directory on August 6, 2014. A second round of assessments will be distributed in fall 2014 with publication set for early January 2015.Sidestepping concerns voiced by the California Medical Association (CMA), United Healthcare is proceeding with the rollout of its "Premium Designation" physician performance program in California. Physicians who wish to request a reconsideration of their Premium Designation status before the results are displayed publicly in the insurers’ network directory on August 6, must do so no later than July 16.

CMA had urged United Healthcare to delay implementation for a minimum of six months to allow time for the insurer to address deficiencies with the program and to allow physicians the opportunity to familiarize themselves with the initiative.

The program uses clinical information from health care claims to evaluate physicians against various quality and cost-efficiency benchmarks. According to United, the initial analysis period will consist of a historical review of claims data from 2011 and 2012.

CMA, instead, recommended that United Healthcare utilize the initial report as an educational tool to alert physicians to their historical practice patterns and as a measure to improve physician quality and cost-effectiveness in a prospective manner, among other things.