We have seen this before and the one that comes to mind was back a ways when Cheerios was told to file an application for their false advertising but look how long this has gone on here, since 2010 and the company 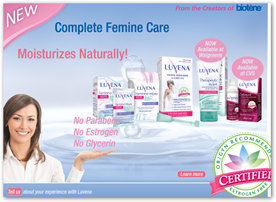 ignored the the warnings on several occasions.  BD

“Laclede Incorporated is a leading contract manufacturer of private label and custom formulations, based in Southern California. For over 25 years Laclede has been producing products for Fortune 500 CPG corporations, up-and-coming- entrepreneurs and leading retailers all over the globe.”

On June 25, the U.S. Department of Justice, at the request of the U.S. Food and Drug Administration, filed a complaint for permanent injunction in the U.S. District Court for the Central District of California against Laclede, Inc. (Laclede) of Rancho Dominguez, California, and its president, Michael A. Pellico. The complaint claims that Laclede illegally distributes over-the-counter vaginal drug products without required FDA approval.

According to the complaint, Laclede is in violation of the Federal Food, Drug, and Cosmetic Act for introducing unapproved and improperly labeled (misbranded) drugs for sale across the country. The prebiotic vaginal products named in the complaint are:

The complaint requests, among other things, that the court issue a permanent injunction order requiring Laclede to cease distribution of these drug products until the company obtains an approved new drug application from the FDA or until all drug claims have been removed from the products’ labels, marketing materials, and any websites controlled by or related to Laclede.