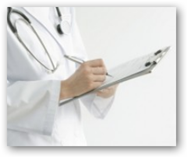 with that as the patient was headed for doctor Silverman next.  The doctor didn’t kill the patient but wounded him pretty bad.  The case worker died from being shot by the patient.  It was a shock that the psychiatrist was armed but after the fact here there’s not a lot to say as there would have been more dead people.

This is not a discussion about pro guns either for goodness sakes as the news will make it appear to be as the police try to figure out why the doctor broke the rules and had the gun.  I might guess there had been some event in the past that caused him to have a gun as we are talking the psychiatric area here.  I think it would be pretty stupid other than to maybe issue a reprimand to say much more to the doctor being the events we have here.  BD

ATLANTA — A mental-health caseworker is dead and a doctor and his patient wounded after a bizarre gunfight at a gun-free-zoned hospital in Yeadon, Pa., near Philadelphia, Thursday. As police prepare murder charges against the wounded patient, focus is shifting to the gun-toting psychiatrist who stopped the mayhem, likely saving other lives.

Prosecutors say Dr. Lee Silverman opened fire on Richard Plotts, after Mr. Plotts shot his caseworker and barged his way toward Dr. Silverman’s office desk after gaining access to Mercy Fitzgerald Hospital. Silverman crouched down behind his desk and fetched his gun, which he then fired at Mr. Plotts, wounding him several times before he was subdued.

According to media reports, Plotts had a history of personal problems, including drug abuse, and his arrest records show run-ins with police over weapons violations and suicide attempts. “You could see he needed help,” one neighbor told the Philadelphia Daily News. If Plotts survives his injuries, prosecutors plan to charge him with first-degree murder.