Not too long ago the cheap and free hearing aides were in the news.  These are distributed through yet another United Healthcare subsidiary, of which there are many, more than any other health insurer has.  As you can read below the bonus was a free hearing aid for those in Miami Dade county who enrolled in their plans, to include HMOs and Medicare Advantage.

Maybe this is yet one more way to capture more market with United.  If you read the link below you can read up on some of their other subsidiaries and again they have a ton and you might be surprised as this is not the same company it was a few years ago as some investments are outside of healthcare.  With so many subsidiaries they are in every nook and cranny of healthcare today, whether it be owning an IPA, an HMO, their Optum Bank with deposits of over a billions, to all types of Health IT groups and they sell on heck of a lot of data for profit too from some of these divisions.  The more HMOs they buy, the more control they get on paying doctors and contracts for reimbursement.

With all these varied subsidiaries, no wonder they hired former US Attorney General in Minnesota for their general counsel as I too sometimes wonder when the “conflicts of interests” or those of a monopoly of business sector questions will arise. They are also duking it out in Kansas and Nebraska for state and employee managed care contracts.  In Kansas, Blue Cross who is the largest in that state decided not to even bid, and again when up against the mighty subsidiary powers Untied has being being  able to bring in profit dollars from so many different areas from introducing a drug to the FDA all the way down to physician reimbursement, I do wonder how they compete not to mention the draw of the crowd for those cheap hearing aides in some areas. 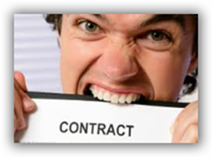 If they don’t get a contract then there’s always a lawsuit like the Tri-Care situation which as far as I know has not yet been resolved, so again with all the might legal powers and a new general counsel is maybe why Blue Cross gave up in Kansas?  I guess time will tell.  BD

UnitedHealthcare, the giant nationwide insurer, is making a major move in South Florida by announcing Tuesday it has agreed to purchase two Miami-Dade based Medicare and Medicaid insurance plans that have more than 100,000 members and eight clinics.

Preferred Care Partners has 55,000 Medicare members in its health maintenance organization in South and Central Florida and another 5,000 members in its Medicaid HMO. It has six clinics in Miami-Dade.

Medica Healthcare Plans has 35,000 Medicare HMO members and 7,200 Medicaid beneficiaries in Miami-Dade and Broward. It has two clinics, in Coral Gables and Hialeah.

“This is certainly a bold move by United,” said Joseph Caruncho, founder and chief executive officer of Preferred Care. “It shows their commitment to become involved in South Florida and immediately become a major player.”