A little over a year ago Aetna bought Medicity for around $500 million so here we go with even more health insurance IT contracts.  The health information exchange is a non profit but apparently contracting to get the job done so health insurers are moving in to the IT as pretty quickly.

Medicity just received another US patent recently for their algorithms used to connect medical records so that’s worked in the price as well.

The downside is that there are 2 less hospitals in Hawaii to connect as two closed down at Christmas time when they went broke and had to close and as a result Hawaii doesn’t have a hospital left that can do organ transplants.

Seems we have an imbalance here with hospitals closing, cutting back, laying off employees, and insurers are still making record profits.

In related news this week Blue Cross bought up a a company that provides HIE and Cloud services which Aetna happens to use as well. 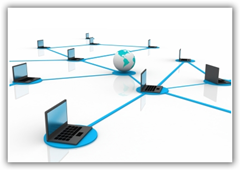 Then we also had the United “cloud” announcement to where they were going to begin offering hospitals cloud storage services for medical records and if that ends up being a model then where does the HIE work go?  There will be room for both and Untied has the HIE realm covered with subsidiaries who do that too.

Insurance companies are not the same business models we have known in the past as the massive amounts of mergers and acquisitions, especially in the Health IT area has changed all of that.

When does this bubble burst as hospitals keep scraping for money to buy all of IT services they need?  I guess big investors should hope they don’t get sick with counting their shares and dividends.  BD

Hawaii officials have selected Utah-based Medicity to develop the infrastructure for what will ultimately be a statewide electronic medical record system as Hawaii moves ahead with a key mandate of federal health-care reform.

Gov. Neil Abercrombie and the nonprofit Hawaii Health Information Exchange on Monday signed a memorandum of understanding outlining the plan for implementing a statewide network that allows health providers in the Islands to share patient medical records electronically.

It marks a major step forward in integrating the various electronic medical record systems already being used by hospitals, clinics, physicians and other health-care providers statewide.