This is kind of scary but it looks like when a hospital has an offer from Prime, that’s going to be the last one you are going to get.  This hospital is not too far from 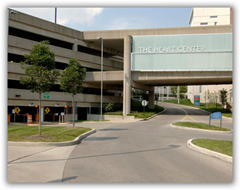 another hospitals so maybe it’s not too bad but hate to see any close.  Again it looks like it’s take us or leave us here with Prime Offers.  In Hawaii two hospitals closed over Christmas and now there are no hospitals that can provide transplant surgeries on the island, again their deal with Prime fell through too.  Back in 2008 I did a series called Desperate Hospitals and they were on the list back then. It does have a rather large cardio center as well.  BD

The collapse of a deal to buy an ailing Jersey City hospital could renew merger talks in Hudson County, where a state-authorized report recommended that three hospitals consolidate services to save money.

Christ Hospital filed for Chapter 11 bankruptcy protection this week, after a private company, Prime Healthcare, withdrew its offer to purchase the money-losing hospital. The failed bid could lead Christ and two other hospitals -- Bayonne Medical Center and Jersey City Medical Center -- to combine services as recommended in the market study.

Prime leaders and Christ Hospital attorneys also faced tough questions from health regulators and the New Jersey attorney general’s office, including queries about billing practices based on findings of a yearlong investigation by California Watch. The nonprofit investigative news operation has identified a pattern at Prime Healthcare of billing Medicare for treatment of rare conditions among its elderly patients – conditions that enable the chain to reap lucrative bonus payments.