As you can read below, the full plans remain to be seen yet when it gets down to the actual nitty gritty here.  LSU has been the temporary replacement for patients who formerly were seen at Charity Hospital which we all remember was destroyed with hurricane Katrina.  Last week I made a post about healthcare IPOs and I think it also fits here with the dog and pony shows we still see on Wall Street with the financial side and the fact that hospitals are still struggling. 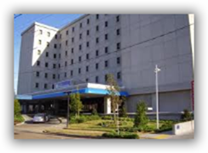 Actually I don’t know why the NYSE still has this big building as all the action takes place over in New Jersey on servers and trading is pretty much all electronic these days and perhaps it would be better suited as a museum since it is part of our heritage and any money collected for tours could be donated to charities, you think?  This comes to mind after the recent Komen stories and how it was all lit up in “pink” for the big shindig that was held there.

A new hospital is being built and it appears there’s still money from that after reading this article.  I wonder why

Senator Vitter is not more pro-active here with his state or is he?  The Vitter Problem…..Of late he seems more pre-occupied with abortions and the silliness that has occurred with wasting everyone’s time.  LSU hospitals have lost $100 million over the last 3 years and have reduced employees by over 400.

There are seven hospitals in the system to be affected and other hospitals are considering their own cuts.  Again, strange times we live in today when we have a lawmaking body that is so out of touch.  BD

Louisiana State University authorities announced $34 million in cuts to its public hospital system Friday, with a $15 million hit to Interim LSU Public Hospital in New Orleans that will mean eliminating the chemical detox unit and closing beds in the emergency department, mental health emergency extension and psychiatric inpatient unit at the DePaul campus. LSU administrators will submit a detailed layoff plan to the state Civil Service Commission on Tuesday, the same day that individual workers will get their layoff notices.

A drop in state tax revenues necessitated the midyear budget reductions, which where ordered by Gov. Bobby Jindal's administration. The cuts affect the seven-hospital system anchored in New Orleans. The system and its $780 million budget also include facilities in Baton Rouge, Bogalusa, Houma, Independence, Lafayette and Lake Charles. Separately, LSU hospitals in Shreveport, Monroe and Pineville must consider their own cuts.

The Jindal administration maintains that LSU effectively brought the cuts on themselves by budgeting based on money that was never actually appropriated.

At the New Orleans hospital, the big-ticket cuts include:

According to the LSU Health Care Division's most recent annual report, Interim LSU Public Hospital had 283 staffed adult and pediatric beds, along with 38 staffed psychiatric beds, with almost 15,000 annual inpatient admissions. Nineteen nursery and neonatal ICU beds have since closed. The hospital had 2,284 full-time employees.

The hospital, the temporary successor to Charity Hospital, is expected to remain in operation until early 2015, the promised launch for the $1.1 billion University Medical Center project under way in Mid-City, across Tulane Avenue from LSU's existing medical campus.