If you are not familiar with the many faces and subsidiaries of United, the link below provides some information as again they are not just insurance and when you read through the entire article at the link, the Optum (the formula and algorithm division) had revenues last year of over $28 billion last year so that’s a ton load of just software and algorithms that pretty much are intangibles in the fact that they are just code.  When you read the quarterly reports this is where the revenue growth is and how they adjust business analytics for all the subsidiaries to put money to their bottom line profits.  They have their data scraping and selling too.

I am guessing where this new subsidiary will rest that was a collaborated effort with Epic Medical Records and most of the big hospital systems have an Epic system so United created a clearinghouse business so they could knock a few of the smaller players out of the field here.

It will be interesting to see how man developers jump on the bandwagon to write for their cloud platform as we are so overloaded with Health IT software as it is now so it appears that even more will be retailed out there to you.  They will have to approve the apps before they are published and they are ready to charge developers fees for putting their apps up.  United partnered with Cisco back in 2009 for a telehealth network.

Sometimes this may make you wonder….

Part of the sell will be to get hospitals to use the cloud to store medical records for sharing of medical records so watch out hospital CIOs, the might be the making of a Foxconn prototype of the health insurance business with being in almost every entity of healthcare today.  If their cloud doesn’t do it, they have a ton of HIE subsidiaries that will do the job for connectivity.

If you have not seen the van/bus that tours around here’s a video that talks about it and I posted this in July of 2010. 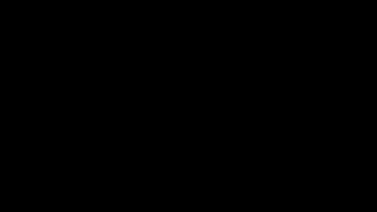 Medical record systems are certainly a sell and they have a couple subsidiaries that sell electronic records, so again they have a subsidiary for almost everything in healthcare.  How do smaller businesses compete is the question I ask?  Here’s 3 medical records systems below as Axolotl had an EHR when they were bought by United.  They have a bank to finance items as such too.

So you have to think that when reimbursements get cut to the doctors, is there another subsidiary that rushes in for a sale if they need medical records, HIE connections or perhaps the company may just buy up your IPA as they have purchased several of those to include Memorial Services and Monarch in the southern California area.

“Small physician practices that may not have $80,000 to purchase and maintain a system of electronic medical records would have an opportunity to purchase the technology through Optum's cloud, which would be responsible for maintaining the servers that contain the data.” 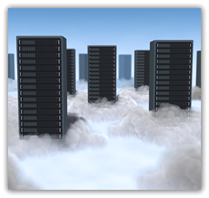 The big announcement is due tomorrow and they will have 700 products in the cloud and I am guessing they will be using HP  or EMC Cloud centers unless they have quietly built their own that we have not hear of as both companies above are partners.  One other small note is this below is the investment in low income housing apartments so is this where we will end up some day once they have taken over just about everything in healthcare?  Just speaking out loud here and pondering where all the subsidiary business will go and how it will connect to other businesses and would I guess that the residents living here will be connected to the cloud services as patients…..BD

UnitedHealth Group Inc. plans to launch a new cloud-computing platform aimed at health-care providers and insurers, one of a growing number of efforts to allow more sharing of medical data among industry players.

The offering from UnitedHealth's Optum health-services unit is part of the broad trend of moving data storage and functions into an online environment so they can be retrieved from multiple devices and locations. Many health-care companies selling products such as electronic medical records already offer them in a cloud-based style.

But Optum plans to take another page from technology firms' books by opening up its cloud environment to outside developers, which will be able to offer "apps" in much the same way they can through Apple Inc.'s well-known app store.

Among the initial apps will be one developed with the help of the Cleveland Clinic that helps health providers structure payments for "bundles" of care, meaning for all services tied to a particular procedure or condition, Optum said. Another, from a company called HealthLoop Inc., helps doctors oversee patients' follow-up care.

The new Optum service will draw initial users by migrating the company's existing tools for functions like claims processing into the new cloud environment, Mr. Slavitt said. In addition, Optum itself will launch several new services designed to help integrate and track care.