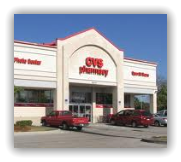 Lakeland, Florida.  There’s a pending hearing on February 13th for Cardinal.  We all have read what a huge drug problem there is in Florida with drugs.

Two other pharmacies were also raided that had high volumes of of oxycodone.  If noting else this might be a wake up call to other pharmacies to check their records before the DEA shows up.  Cardinal stated they had already stopped shipping to a couple of the pharmacies and then after their license was suspended, no more to the CVS stores.  BD

(Reuters) - Agents from the Drug Enforcement Administration raided two CVS pharmacies in Florida as part of an effort to curb the abuse of prescription painkillers and other potentially addictive substances.

The action on Saturday came one day after the agency suspended the license of drug distributor Cardinal Health Inc to ship such products from its facility in Lakeland, Florida. Cardinal immediately obtained a restraining order allowing it to continue shipments pending a hearing on February 13.

The DEA declined to discuss details of the raids, but it plans to hold a news conference at 3 p.m. EST (2000 GMT) on Monday "to announce the latest efforts by the Drug Enforcement Administration in its efforts to thwart the diversion of licit pharmaceutical controlled substances."

Controlled substances are those, like stimulants, painkillers and tranquilizers, that can be addictive. Every entity that handles a controlled substance, from the manufacturer to the distributor to the pharmacy to the physician, must register with the agency.