Home » Medically Related » Pharma/FDA News » Judge Says No to Cardinal–Suspension Remains on Shipping Drugs from Florida Facility–Where Were The Algorithms/Analytics To Find This?

Judge Says No to Cardinal–Suspension Remains on Shipping Drugs from Florida Facility–Where Were The Algorithms/Analytics To Find This?

As you read on here and with the way we use business intelligence for everything and even abuse it today in some areas, here’s a case to where the CVS pharmacy would have stuck out like a sore thumb if the average store dispenses 69,000 a year and this store dispenses 1.8 million pills.  I know any intelligence report of course would have caught that in a heartbeat but the problem is, someone has to look at it as well and bring it to the forefront.  I think the judge making this ruling is being tough as the numbers are so very far out of whack here with normal and customary numbers. 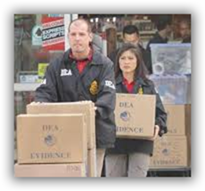 Then you have the other side of the coin with making sales numbers too so perhaps in the name of sales and marketing this little observation here was perhaps not that important?  BD

The DEA says the Lakeland distribution center posed a danger to public health. A DEA investigation found Cardinal shipped 50 times as much oxycodone to its four top pharmacies in Florida as to its other retail customers. In 2011, a CVS pharmacy in Sanford, Fla., purchased 1.8 million pills from Cardinal, DEA records show.