use the search term “subsidiary watch” and you can find a slew of them.  One just wonders at what point things cross sometimes.  As an example if providing a hearing aid from a United subsidiary that is cheaper than all others out there to a senior, does that qualify an MD for a bonus?  I don’t know but it’s their system so they could, right?  In some areas new enrollees get them for signing up if they need one and this is a United subsidiary that distributes them in the US they created last year.

Maybe the doctor is still using paper, well guess what they own a couple electronic medical record companies via subsidiaries to sell the doctors one, so they could win here again with all going to the main profit pot. Here’s a subsidiary they bought in 2010 that is focused on HIE but they have an EMR to sell too and this one has had some kind of support from the AMA for quite a while.

This one goes back a ways but yet another subsidiary with an EMR powered by Ingenix as it was announced and Care Tracker EHR has been around for years.

In another area, save money and get more patients in clinical trials, got a sub for that too and I think they still own this one but it’s hard to keep track of.

The algorithms are there with analytics and this has been a long time area of focus for the company as we all remember the algorithms used for the out of network payments that shorted MDs for around 15 years and all the other big carriers used those numbers to as they got licensed from United.

Ingenix has been renamed to Optum so those two names get used interchanged quite a bit. 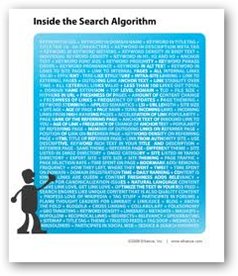 If working with a large hospital that uses Epic Medical Records, they created a new clearinghouse to work with that system and others to scrub the doctors claims and MDs can pay for this.

In addition via China Gate and CanReg they also can introduce drugs and devices to the FDA and steer the beginning path of what we end us using once approved and again monitor clinical trials here too.

They have a lot of coding software so if the bonuses are out of reach and doctors need help there, maybe they can sell this too?

If you don’t know enough about your patients, well there’s some algorithms for that too:)

As we continue on into wellness, they own some of those companies and this one, Red Brick who does behavioral analytics uses the Ingenix or Optum software and algorithms for this business.  This is the employer side but Docs you are going to have to somehow get those employers into this as your patient’s health is at risk and they use biometrics so they get the data.

We have a little data selling going on here too with patient prescription records so they have the data on you, your patients somewhere in a subsidiary with the algorithms to guide you to profit.

The VA is in business with United via the acquisition of Picis and with other hospitals.  Picis is a global provider of innovative information solutions that enable rapid and sustained delivery of clinical, financial and operational results in the high-acuity care areas of the hospital.

They certainly have all the subsidiaries that could handle the consulting side of this if used and there many more subsidiaries but too numerous to find them all, so in the search to have better care, contracts and Health IT, one just wonders how many subsidiaries will come into play with contracts?  It’s a question anyone would ask when you look at such a huge portfolio of varied companies from IT, to clinical and some areas outside of this realm too.  There are a couple others with a good amount of subsidiaries out there and one just wonders at times how aggregation of data and information systems has an affect today when contracts are awarded.

Not too long ago there was a study that said it costs doctors $83k a year to handle the administrative paperwork from health insurers so certainly with all the subsidiaries here is there an answer for that one?

In November of 2011 we had this acquisition with buying an HMO managed care company.

“We supplement regular physician care by collecting and analyzing clinical and administrative data – including medical history and health attitudes – and then coordinating customized preventive care plans for Medicare beneficiaries.

In my neck of the woods we also had this huge acquisition of a doctor’s group in the OC and the crying towels were out on this one as it represents such a huge chunk of managed care business and of course I would guess when it comes to contracts and addressing costs would this be focused on owned subsidiaries first?  Those were the fears and questions folks mentioned.

Last but not least there’s the bank built on contributions from HSA savings accounts as I understand that also serves to create loans too and some of those have been in the news as well.

So how does this all come together with as big as the conglomerate is and do subsidiaries stand to increase their business in this route to new contracts? Does the process of “clinical integration” involve other subsidiaries and exactly how does this work for bonuses for doctors?  Sure seems like there’s a lot of gray and areas for subsidiaries to potentially secure income to the overall behemoth bottom line.  BD

Efforts to change how Americans pay for health care are gathering momentum on a national scale as UnitedHealth Group Inc., the largest U.S. health insurer, becomes the latest carrier to say it is overhauling its fees for medical providers.

UnitedHealth, like other insurers, is targeting the traditional system that pays hospitals and doctors for each service provided, rewarding them for more care but not necessarily better care. Under the new plan the carrier is rolling out, part of medical providers' compensation could be tied to goals such as avoiding hospital readmissions and ensuring patients get recommended screenings.

UnitedHealth has been trying such efforts on a more limited scale, but now the company says it plans to roll out new contracts nationwide that could include financial rewards for care the company considers high-quality and efficient, and in some cases potentially withhold expected increases if certain standards aren't met. UnitedHealth has more than 5,500 hospitals and 550,000 doctors in its network.

UnitedHealth's plans stretch beyond primary care to include hospitals and physician groups in other specialties.  Eventually "most higher volume hospitals and medical groups" would be included, the document says. The company covers more than 34 million people in total, with around 26 million of them in commercial plans.

Much of the cost under both projections wouldn't be locked in, since it would be tied to bonuses that providers would get only if they hit certain goals; indeed, those payments may be calculated as a share of the overall savings achieved. The documents said that some pieces of the new payments may be in lieu of increases to traditional fees.

The amount of the incentives could vary widely, UnitedHealth officials said.

UnitedHealth also said it could offer "clinical integration" fees for providers that make changes aimed at better tracking patients' conditions and coordinating their care. This would include the model known as "patient-centered medical homes," which are typically set up by primary-care doctors, but the fees could also be available to other providers making similar efforts.