Home » Medically Related » My Commentaries » Other Items of Interest » Technology » Bluetooth Tooth Brush–Send Your Brushing Habits to Your Dentist, Please Not This.….

Bluetooth Tooth Brush–Send Your Brushing Habits to Your Dentist, Please Not This.….

How far is monitoring going to go?  If you read the article the author goes on to say that their doctor could careless about the numbers from their Fitbit as they probably don’t have time for that, which brings up a good question as to how much monitoring do doctors have time for and what kind of monitoring?

According to the article it will also play music and have some social networking capabilities..oh great…does anyone care about your tooth brushing experience?  It will

sell for around $50 to include a stand.  I guess if you are a parent and want to monitor kids brushing their teeth it could provide some use but why not watch or ask them.  You kids might flush the brushes down the toilet too. It reminds me of the story from the UK a couple years ago to where they used heart monitors with children to see if they took an interest and the kids trashed them.

The monitor tells when the brush is in your mouth and taking action…augh…I like my sonic care tooth brush but it’s there to clean teeth and not to monitor or entertain.  No doubt someone will figure out how to make sure your cellphone has all the data.  I could just see a dentist with the data who would probably tell the kids to talk it over with your parents as he/she is not there to handle part of oral therapy.  If you don’t know when to open mouth and drink water, well guess what, there’s a bottle for that with blue tooth too, although that could be combined with the brush to tell you when to rinse? <grin>.

For medications there’s already this thing, the blue tooth inhaler which I have not mentioned for a while but if it’s sending data and you were let’s say late with an inhale and you ended up sick, would your insurance deny your claim if this were all monitored?  They want to monitor everyone but can’t get their own data out there with minimal flaws.

If some of the folks who create some of these novelty type products could only switch years and create some life saving devices instead!  Right now with the economy such a device is not really a staple either but I’m sure Twitter will be full of tweets all over this one <grin>.  BD 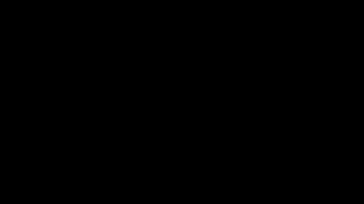 Want to really embrace the quantitative self? Forget tracking your sleep and start tracking your dental hygiene. Beam Technologies, a year-old startup, is set to introduce a Bluetooth-enabled toothbrush and app that will launch next month. The toothbrush contains a sensor and Bluetooth radio that will send your brushing information to a smartphone app. Later versions will also track how long you spent in certain areas of the mouth and might add some kind of gamification layer to help encourage better brushing.

Alex X. Frommeyer, the CEO and founder of Beam, says the Beam Brush should hit shelves in early March and retail for about $50 for the base and $3 for a replaceable brush head. The Android app is ready, and the iOS app should be ready when the toothbrush launches or soon after. His startup, which is based in Louisville, Ky., is set to close on an initial round of funding in a few weeks. He didn’t disclose the amount but said it is less than $1 million.

Frommeyer will let the app play songs and may incorporate a social element or game element into the process. At first this seems bizarre (although maybe not to those people who share their pictures of their dinners), but as a parent I would love one of these things so I can monitor how often my daughter brushes her teeth without standing right there in the bathroom.

Of course medical data is a touchy subject and one that’s governed by laws such as HIPAA, but if this is a way to bring user-generated data from devices such as the beam Brush or a FitBit (see disclosure) into doctors’ offices, I’m interested. My own doctor showed absolutely no interest in the data collected from my FitBit, even though she does ask me to tell her what I’ve eaten in the last 24 hours every time I see her.