Home » Insurance » Medically Related » Blue Cross and United Healthcare Duking It Out In Nebraska Over State Health Insurance Contract–We Have More Subsidiaries My Cost Algorithms Are Better Than Yours?

Ok so the title got your attention but gee if you have followed news about insurers then you do know that United has tons of subsidiary companies and Blue Cross doesn’t even come close in number and as you have read too they are not all insurance companies.  We have all different types to include hearing aids, FDA consultants, Wellness and so on.  They have truckload of data too. 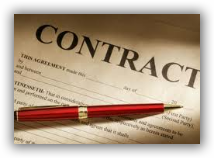 The person making the decision says it will save around $8 million a year and again you wonder do subsidiary companies figure in here somewhere along the line?  We have the China Gate subsidiary that works to promote more drugs and devices for approval worldwide and in the US for one.  I don’t know if Blue Cross has an equivalent of that type of subsidiary or not but have not read about one.  Here’s the real back breaker is that the state of Nebraska has a contract with Express Scripts and we know what happened there with Blue Cross as of the first of the year so perhaps this enters in here as I’m sure there’s many Walgreen stores throughout the state.

Well we know what happens if a rebid takes place though with government contracts, like this lawsuit they filed against Tri-Care over losing

the bid, if you remember this, so here we go again, all about contracts.

They own enough companies to do all the analytics that one could desire I think and even said they would not stop short of legal action.  The Tri-Care contract for the south includes Alabama, Arkansas, Florida, Georgia, part of Kentucky, Louisiana, Mississippi, Oklahoma, South Carolina, Tennessee and most of Texas.”  BD

On Feb. 15, the state announced that it is awarding UnitedHealthcare with a contract to administer a health plan for state employees, which will take effect July, 1 2012.

"We made this decision because United is going to save us a significant amount of money each year," said Department of Administrative Services Director Carlos Castillo. "It's about five percent, $8 million a year on average. We also looked into comparing some of the programs each company could provide to us to help make a decision to switch."