Well let’s place some serial numbers on those implants, and of course this idea came to light after the situation in Europe with the questionable breast implants and the arrest of the creator.  The chip has been around in many forms and has evolved as I covered it for a few years here myself and owners have changed a bit too.

You can soon have a chip off the old boob.

The company was the first to announce the chip that talked back to a scanner and even connected with HealthVault but I don’t think it was widespread in use.  We go back to the conversation of “do I want to be chipped”.  I don’t think most of us have issues with chipping our pets but the jury is still out on us having chips.

Siemens like the idea and the back track below tells about their investment.

If you are a diabetic, there’s also work being done for an implanted chip to read your glucose numbers and automatically send it to their software which can connect to other software, called GlucoChip.   I don’t know they might hit on something to sell that chip but time will tell.  They are also working in Israel on Inhaled insulin too, so inhale and let the chip do the reporting someday?  In the meantime we have boob chips on the way and I wonder if the boobs will do text and email?  Don’t laugh as there are devices out there that do that and the cardio vascular area has some trials in that part of the body. 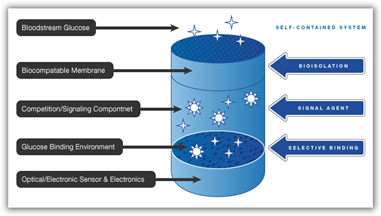 Will there be any charities donating to this cause in the case of reconstruction for breast cancer?  Sorry I just had to add that and a tiny bit of demented humor here.  BD

(RTTNews.com) - VeriTeQ Acquisition Corporation Friday said it will offer its FDA-cleared VeriChip microchip, a rice grain-sized, passive RFID microchip, for the identification of breast implants and other medical devices.

Following the international breast implant scare involving breast implants from French company Poly Implant Prothese (PIP), which used industrial silicone for its breast implants to decrease costs, it was announced yesterday that the European Union is contemplating a manufacturer requirement to embed microchips in breast implants to provide for accurate and immediate traceability of these and potentially other medical devices. It is estimated that approximately 400,000 PIP implants were sold around the world.

Scott Silverman, chairman and CEO of VeriTeQ, said, "The current system for identifying surgically implanted medical devices is archaic and flawed. Once a device is in a person's body, there is no way to know for certain which company manufactured the device or what the specific device is. Embedding our VeriChip within a medical device prior to insertion enables a healthcare professional to scan the area of the patient's body where the device is implanted and receive immediate and accurate confirmation of what the device in question is and its manufacturer."