This article makes some pretty strong statements and for good reason.  What about those who are not involved in a tragedy as such? 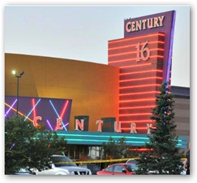 Granted is is nice that the hospitals chipped in here and again one does wonder if the forgiveness includes those who do have health insurance?  It does make one wonder about the bills and why such a statement came out if there was not some concern for perhaps some of the victims not having insurance.  Stay tuned as I guess we could more on this later.  Michael Moore somewhat addressed this question in his recent interview with Pierce Morgan.  Two of the hospitals have not made a public statement yet on covering the emergency care.  Charity funds have also been established to help the victims and one would guess contributions would be toward the cost of medical bills incurred.  One victim it states already has a 2 million dollar tab and they do have insurance but how much will be covered with extensive rehab costs and so forth?  The article states again that some victims might not have any coverage.  So again, great move on the part of the hospitals for sure at a time like this but it does remind us that the healthcare issue as a whole still needs a lot of work.  BD

The Aurora theater shooting has spurred new debates about gun control laws in America, but could it also play a role in the ongoing health care debate? Three of the five hospitals that treated victims of the shooting say they will limit or even forgive medical bills for patients who were wounded in the attack, many of whom are still being treated. Most of the wounded are expected to have medical costs in the hundreds of thousands, if not millions, of dollars and many appear to have inadequate or non-existent coverage. The hospitals have not released information about which patient may or may not be covered, but over 1.5 million Colorado residents are uninsured or under-insured. The two hospitals that didn't announce a plan to forgive bill already provided more than $750 million in free care every year, as two of the state's biggest "safety net" hospitals. Several different charity funds have established to help the victims, but it's not clear how much they will cover and it also underscores another uncomfortable issue — what about all the people who aren't injured in a major, highly public tragedy? There are many, many other Americans who don't get relief funds or have their medical bills forgiven when things go wrong. http://www.theatlanticwire.com/national/2012/07/aurora-shooting-victims-hurt-lack-health-insurance/55042/
Thursday, July 26, 2012
Insurance , Medically Related , My Commentaries , Other Items of Interest