In addition, the FDA also stipulated a study that those who do 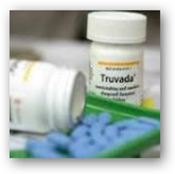 acquire HIV while taking the drug be performed to determine if anyone could develop a resistance to it.  Data also needs to be collected for pregnant women who are on the drug, for safety reasons to the unborn child.  In addition Gilead, the company who makes the drug will be providing follow up tests every 3 months.  A patient first has to be tested to make sure they are HIV negative to begin a prescription.  There is a concern over whether healthy people should be taking the pill of course or if condom use would drop.  The drug is a combination of two other drugs and has been around since 2004 but the cost may put it out of reach and time will tell the story there as $900 a month is not cheap so we have the usual price concerns there.  Some Canadian pharmacies sell it a bit cheaper but still a good size cost at $750 but we all know the warnings of online pharmacies.    We still have to hear from insurers as well as Medicare and Medicaid as far as what coverage they will offer.  We all heard about the home HIV test approved by 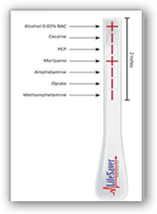 the FDA and I do some consulting work for a company that can make HIV tests even easier to do, 2 second swipe and 2 minutes for results.  You can read more at the link below and the test is inexpensive enough, like around $13 and no liquids or complicated procedures involved. So if a lot more folks are going on the drug an easy and affordable test is right in line too so this seemed to be a good place for further mention.  More information can be found here at the website.

LifeSaver/Ttest Products–Rapid Saliva Based Testing for HIV, Drugs, Alcohol and More–2 Seconds to Administer and 2 Minutes for Results

The link above has addition details on how it works.

I also have flipping book below that compares the current tests approved by the FDA and the LifeSaver format.

It makes sense to me if there’s going to be more testing going on, let’s make it simple and convenient for sure for here in the US and worldwide.  BD On Monday, the US Food and Drug Administration approved Truvada, the first medication intended to prevent HIV infections in people having sex with infected individuals.

When taken daily, Truvada (emtricitabine/tenofovir disoproxil fumarate) reduced the risk of HIV infection by 42 percent compared with a placebo. That was in a clinical trial where HIV-negative individuals had unprotected sex with multiple partners, including some HIV carriers, according to the FDA. Another trial involving heterosexual couples where one partner was infected -- and condoms were used routinely -- found that Truvada reduced the risk of infections by 75 percent. Truvada is already approved to be used in combination with other antiretroviral drugs for the treatment of HIV. http://www.boston.com/dailydose/2012/07/16/fda-approves-truvada-first-pill-prevent-hiv-infections/75DvRnWqr7P81ccA10RVtJ/story.html