Most of the hospitals operating without insurance of course are 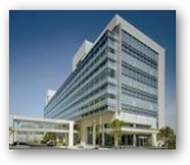 those that are financially strapped.  If you read the entire article though there are some interesting points made that lawyers follow the money trail for cases so if one were taking on a case, part of the research of course would to find out what’s available in the till.  One hospital in the article set money aside for this but it was only 50k.  Depending on the case, it might not even be enough to cover one lawsuit. Other states do not require hospitals to have insurance and I have even heard cases to where doctors work without it, mostly in Florida it seems. One hospital, Interfaith, exhausted their reserves and has some big dollar amounts sitting out there that are not funded.  Other states, like California, have limits set by the law on malpractice cases.  I read further in the article and if the hospital is not insured, the next step is to see if the doctor has malpractice insurance and attach as case with that methodology.  Hospitals are not even required to tell you they don’t carry malpractice insurance and malpractice for the ER doctors is usually separate and sometimes the hospital will subsidize those policies, thank goodness.  On the partial coverage some had policies to cover smaller and ordinary claims and not for big ticket cases and some had just the opposite.  Again as hospitals struggle with money, here’s yet one more area that gets hit.  Premiums have also gone up so not good news at all for hospitals that are barely financially hanging on as one case could force a hospital to file for bankruptcy protection.  BD

Several of the city’s most troubled hospitals are partially or completely uninsured for malpractice, state records show, forgoing what is considered a standard safeguard across the country. Some have saved money to cover their liabilities, but others have used up their malpractice reserves, meaning that any future awards or settlements could come at the expense of patients’ care, and one hospital has closed its obstetric practice, in part out of fear of lawsuits. Executives of these hospitals, most of which are in poor neighborhoods, say their dire financial circumstances and high premiums make it impractical to pay millions of dollars a year for insurance. Many states do not require malpractice insurance, and New York is not the only city where hospitals go without coverage. Generally the uninsured hospitals are in areas where juries award big judgments, insurance executives say.  Some hospital executives say, however, it is better to be effectively uninsured, because lawyers follow the money. http://www.nytimes.com/2012/07/16/nyregion/some-hospitals-in-new-york-lack-a-malpractice-safety-net.html?pagewanted=2&smid=tw-share
Sunday, July 15, 2012
Insurance , Medically Related