I wonder has anyone in the US caught on to this game yet?  I think our systems here are a little too tight for this to happen as it 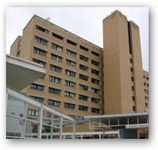 sounds like this installation was not very well done anyway.  An executive admitted that he did it but gee if you are going to get in there and alter data for statistical purposes and the goal is to be within parameters, this looks kind of stupid to see an high number of patients checked out of the emergency room precisely 240 minutes after arrival.  I would think that would stick out like a sore thumb.  In addition round numbers were used as patients were seen exactly in 30 or 60 minutes from the time they arrived, again no imagination here and I guess someone thought nobody would ever look, wrong, not in today’s world of data.  So instead of being within the normal realms of statistics, they were way over the other side.  The patients seen within 30 minutes was 19% over stated.  In addition it was all done from one workstation, duh?  Next odd issue here is that the hospital has 259 workstations and only 23 user accounts?  Duh again like what’s up with this?  253 people had user accounts but only 23 users?  The main four generic user accounts were: CLERK, NURSE, DOCTOR and BEDMAN and anyone in the hospital could use the accounts!

The system, EDIS was not able to edit effectively either, again with all input coming from one work station.  How in the world does this happen, I can’t believe this.  The fact that someone outside of IT could get inside and do all of this is amazing so maybe there was a plan or reason for using only one workstation.  The article also said up to 72 hours after the visit that records could be changed and that is non unusual as long as you have an audit trail recording each change in case it was legally needed later.  Heck I even wrote that in my system 6-7 years ago.  Well obviously some folks figured out how to work the system and I wonder how the patient records looked, not that they were altered I am guessing but what kind of data was entered there?  How can you run an ER on one workstation and four user accounts?  Well after this incident I think many will be talking about some enhanced security soon.  BD

A Canberra Hospital executive has admitted to ﻿manipulating Emergency Department records to make wait times and stays appear shorter than they were.

The executive told the Director-General of the Health Directorate they had made "approximately 20 to 30 changes to hospital records" a day from "late 2010" onwards.

ABC News reported that the matter has been referred to police, while the executive has been suspended without pay. In total, PwC found 11,700 performance records - about six percent of all records stored in the hospital's iSOFT emergency department information solution (EDIS) - had been altered. While EDIS was on approximately 259 workstations across the hospital and 253 users had permission to run the software, there were only 23 user accounts. "Although EDIS has been disseminated widely throughout the Canberra Hospital each of these users logs into EDIS using the common “Workstation 14”.   Though the data manipulation was initially said to be motivated by concerns over job security, changes in 2011 and early 2012 were said to have been made due to "managerial pressure" to improve publicly-reported performance statistics. http://www.scmagazine.com.au/News/307389,canberra-hospital-embroiled-in-data-scandal.aspx