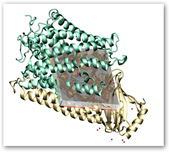 as if the AIDS/HIV model is coming to fruition and here’s a couple links to past efforts from the Gates Foundation as they have been investing in this area for quite a while and when you scroll down to see the rest of the list, it’s pretty astounding to include the NIH and the and Howard Hughes Medical Institute (the nation’s 2nd largest charity)  also on the list, so this was a team effort of investments to bring this forward.  Nimbus is located in Massachusetts and works in the area of cancer and metabolic diseases such as obesity.

In 2010 Bill Gates began with the Schrodinger project which again is simulation and that company has an investment in Nimbus.  We all know it’s a lot less expensive to simulate with computers today before ever thinking about setting up a wet lab so again it’s all about the algorithms that perform this functionality for us, a good use this time and not for profit but for better cures and treatments.

Bill Gates also states that economics is not as good as measuring innovation and just read current news for that end of the story.  He states we are spending money insanely today and all you need to do is look at Wall Street and their quest for speed while research items for quality of life get put on the back seat.

Back on track here with simulation the degrees

of what level of viral suppression is achieved and how the “replicated” treatment will impact.  By using simulation a lot of the “trial and error” methodologies will eventually go by the wayside.  This will help a lot with clinical trials common sense tells me and can lead to accelerated efforts to work with drug resistant strains of AIDS.  Data was pooled from thousands of tests of more than 20 used anti-HIV drugs.  It’s all about the math and the algorithms to lead us to cures and treatments.  Also in a related Johns Hopkins story this research also emerged in the cancer area with locating tumors with synthetic collagen.

We live in exciting times indeed if we can only keep the dumber than rocks politicians from spoiling for all of us at times.  BD

Newswise — Pooling data from thousands of tests of the antiviral activity of more than 20 commonly used anti-HIV drugs, AIDS experts at Johns Hopkins and Harvard universities have developed what they say is the first accurate computer simulation to explain drug effects. Already, the model clarifies how and why some treatment regimens fail in some patients who lack evidence of drug resistance. Researchers say their model is based on specific drugs, precise doses prescribed, and on “real-world variation” in how well patients follow prescribing instructions. “With the help of our simulation, we can now tell with a fair degree of certainty what level of viral suppression is being achieved – how hard it is for the virus to grow and replicate – for a particular drug combination, at a specific dosage and drug concentration in the blood, even when a dose is missed,” says Siliciano, a professor at the Johns Hopkins University School of Medicine and a Howard Hughes Medical Institute investigator. This information, he predicts, will remove “a lot of the current trial and error, or guesswork, involved in testing new drug combination therapies.” Researchers next plan to expand their modeling beyond blood levels of virus to other parts of the body, such as the brain, where antiretroviral drug concentrations can be different from those measured in the blood. They also plan to expand their analysis to include multiple-drug-resistant strains of HIV. Funding support for this study, which took two years to complete, was provided by the National Institutes of Health, with corresponding grant numbers R01-MH54907, R01-AI081600, R01-GM078986; the Bill and Melinda Gates Foundation; the Cancer Research Institute; the National Science Foundation; the Howard Hughes Medical Institute; Natural Sciences and Engineering Research Council of Canada; the John Templeton Foundation; and J. Epstein. http://www.newswise.com/articles/view/593160/?sc=rsla&utm_source=feedburner&utm_medium=feed&utm_campaign=Feed%3A+NewswiseLatestNews+%28Newswise%3A+Latest+News%29
Tuesday, September 04, 2012
Medically Related , Pharma/FDA News , Technology