Featured on this article is the Governor of Louisiana, Bobby Jindal and several others to include Rick Perry in Texas have

decided to let the Feds take over with health insurance exchanges.  A lot has happened since Healthcare Reform passed, and I mean a lot and thus things look a little different today especially in view of the depressed economy.  Louisiana has been in a battle of it’s own with just getting insurance set up for State employees so they know what this is going to be all about.  I might mention here too at the link below it’s the same two players again with United doing their same old thing with protesting and remember last year they sued the government to get the western Tri-Care contract.  What a mess that was and they are taking over a few of the Blue Cross subsidiaries in the process or giving them contracts at least for a while.

My best guess here is that some might be saying enough is enough and let the Feds do it for us so the reasoning here has changed.  Here’s an example from the doctor’s view (link below) on what is happening with Blue Cross in California as the state works to begin getting the exchange set up.  I owe this little bit of information below to a doctor that caught me up.

In Texas they also have this issue to deal with…

We all read about complexities, and they are now here and the next step is to work and deal with them now that the media has announced their arrival in many columns.  The time due date 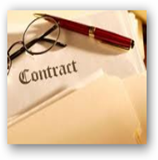 for the exchanges was recently extended as to an answer on the commitment.  Well you have to say the GOP is not most digital literate bunch out there but in this case it’s I’m sure it’s part dreading another go around of having to negotiate with all the insurance carriers that are going to participate. Some of the insurance carriers also own a subsidiary that has a private exchange, like Blue Cross, so in California this gets interesting as MDs there will be paid around 30% less if purchased via the exchange.  Now what happens when a consumer buys from their own Blue Cross owned exchange?  I think this is a good question…BD

Bobby Jindal’s got a funny way of showing how much he hates Obamacare and Washington bureaucracy: The Louisiana governor’s about to invite the feds to set up a health insurance exchange right in his backyard.

So is Rick Perry in Texas. Ditto for John Kasich in Ohio. And Scott Walker in Wisconsin.

The Republican governors of several big states, including Florida’s Rick Scott, New Jersey’s Chris Christie and Arizona’s Jan Brewer, remain in the undecided column. That may have factored into federal health officials’ decision to postpone Friday’s planned deadline for signing up until mid-Decembe