Home » Medically Related » My Commentaries » Other Items of Interest » Wake Forest Baptist Hospital to Eliminate 950 Jobs–Cuts In Federal Research Funding Cited As Well As Deep Cuts in Medicare and Medicaid–Is This the Return of Desperate Hospitals?

Wake Forest Baptist Hospital to Eliminate 950 Jobs–Cuts In Federal Research Funding Cited As Well As Deep Cuts in Medicare and Medicaid–Is This the Return of Desperate Hospitals?

Back a few years ago after the bottom fell out of the markets we had tons of layoffs and in the last few days I see them cropping up again.  950 is a pretty large number and Wake Forest is where they do all the research for growing organs.  They grow bladders there and have many other potential life saving projects that are on going so I hate to see any of those come to a close. Hospitals are laying off and all we get as consumers are a bunch of crappy mobile apps that everyone has been writing about that pretty useless.

Over in California we have 114 jobs being cut at Memorial in Modesto.  Over the weekend Kaiser Permanente announced some layoffs as well.

In Orlando, Orlando Health is cutting hundreds of jobs and everyone says that the layoffs will not affect patient care.  They all say that.  Government reimbursement drops also cited.   Layoffs loom at Carney Hospital in Massachusetts.  These are just a few and there are more if you search but again the pinch is coming and again I will make my case for taxing the data sellers that get the data for nothing and the profits for free.  This could fund the FDA and the NIH as well as other areas of healthcare.  It’s obscene that in the media all I see is bitching and gloom and doom and nobody goes any farther.  Granted we have a problem here and those same stinking folks who mine data and make billions would certainly want to have good care if they took ill.

Again I’ll use my Walgreen example here that showed in 2010 that the corporation made short of $800 million, f

rom the intangible data selling only so how big is this pot, huge.  I have been beating this horse around here for a while now and we don’t seem to have folks in DC who can come to terms with this as it’s not visible and doesn’t create the stir that talking about abortions created, so when the digital illiterates get over their heads, this is the useless rhetoric we get and it’s pathetically all over the news and folks that know better just shake their heads in disgust, self included here as it represents no productivity at all and nothing for the “good” of mankind, just a bunch of old crabby folks out of touch that are stuck in the 70s.  Need more proof, read the link below…guy’s making a killing with millions in profits with collecting and selling data about you that is not even under federal law.

Someone has to introduce some creative thinking here as it certainly is not getting done in Washington.  I don’t want to do another series on Desperate Hospitals and digital illiteracy is sinking the entire country.  That fear of Math thing must really exist in DC as we don’t have a soul that seems to be able to talk a little math.  Wall Street gets richer as we feel the pain of a Congress that is afraid of '”real math” and have been duped to their eyeballs.

rich will have to be just a little less rich. And for the men reading here, Wake Forest is where they grow those rabbit penises that hopefully will be available for humans one day so hope that regenerative research goes on hold as well.  That’s one for the women who read this blog:)  BD 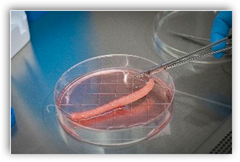 a total of 950 jobs by the end of next June, the center's chief executive said Wednesday.

Dr. John McConnell said most of the cuts are administrative positions, but some faculty members could lose their jobs due to cuts in federal research funding. He also said 2012-13 revenue is being affected by "deep cuts in Medicare and Medicaid payments, which constitute nearly half of our health-care reimbursements.

Michael Walden, an economics professor at N.C. State University, said he considers Wake Forest Baptist's action a "major layoff and a signal of challenges facing many hospitals who are being prompted to increase efficiency."

"I think this is a bellwether announcement likely to be repeated across the state and nation," Walden said.

Monday, November 19, 2012
Medically Related , My Commentaries , Other Items of Interest